Bukayo Saka is England’s only change for their World Cup last-16 game with Senegal, while Raheem Sterling will be absent from the squad due to a ‘family matter’.

Saka scored twice in England’s World Cup opening group-stage 6-2 win against Iran, but dropped out for their final group match with Wales – with Marcus Rashford netting a brace in his absence.

The 21-year-old winger will make his sixth tournament start against Senegal, with his latest appearance matching the three he made at Euro 2020 last summer.

England have announced Sterling – who was also dropped for the win over Wales – will not be present at the Al Bayt Stadium, as he is dealing with a personal matter. “What Southgate has got with his four wide forwards – Rashford and Foden playing the last game with Saka and Sterling playing the two games before – I don’t think there’s a huge difference with what he goes with.

“The fact he can chop and change shows how much strength in depth he’s got in those wide areas. I just felt that Foden and Rashford were the right ones to go with, just because they were so confident in the last game, but then again you go to the first game and you think of how good Sterling and Saka were in that Iran game.

“I’m not shocked or surprised with what he does in the wide areas because we’ve got so much quality there. It’s the one area in the squad where there is real competition for places.” 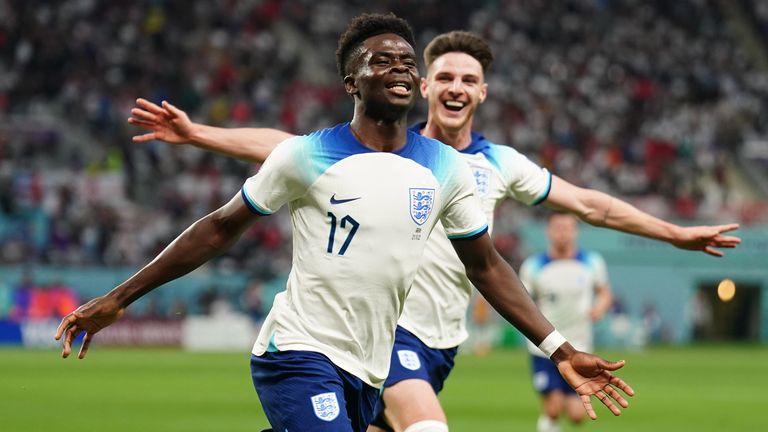 “There’s no doubt Saka has been on brilliant form for Arsenal this season. Saka got the nod against Iran and was player of the match. He brought an energy to that attack, but also with a defensive midnset, and I think that’s probably what has got him the nod today.

“Southgate knows he can rely on Saka to get back if there are any breaks, he has the pace and energy to make sure that happens, because this is going to be an athletic Senegal side.

NATO to have over 300,000 troops at higher readiness- Stoltenberg

India’s Modi tells Russia’s Putin: Now is not the time for war

How to watch the Middle Tennessee Sports Awards: Who is nominated?

we need a non-political way to track viruses

Suspect caught on camera with crowbar breaking into SWFL business