The Campbell County Circuit Court ruled this week in Ken Moellman, et al. v. Campbell County Board of Education that the board violated the open meetings law by placing illegal conditions on attendance — in contravention of KRS 61.840 — at four of six challenged meetings conducted in August and September 2021.

The court found that plaintiff Moellman was illegally excluded from board meetings that occurred on August 9 and August 20 and again on September 9 and September 20 because he refused to wear a mask — a condition on attendance other than one necessary for the maintenance of order — and ruled in favor of his motion for summary judgment as to these meetings. 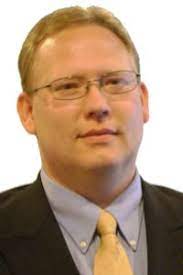 The court ruled in favor of the board as to the other challenged meetings which occurred on August 16 and August 18.

In an 11-page opinion, Judge Julie Reinhardt Ward framed the issue before the court as one testing whether the wearing of masks was necessary to maintain order per KRS 61.840.
That statute provides, in part:

“No condition other than those required for the maintenance of order shall apply to the attendance of any member of the public at any meeting of a public agency.”

The court summarily rejected the board’s attempt to draw from criminal law — likening Moellman’s refusal to wear a mask to disorderly conduct — because there was no evidence that he acted intentionally or wantonly refused to obey an official order to disperse per KRS 525.060.

The judge then examined whether masks were necessary to maintain order. She concluded that the board presented no evidence that on the day of each meeting the crowd was so large that social distancing could not be maintained. Further, she found no evidence of danger to attendees for failing to wear masks. 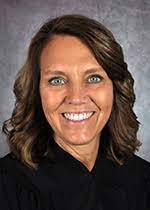 Judge Reinhardt Ward found unpersuasive the board’s argument in support of the mask requirement based on executive orders issued by the Governor and Kentucky Department of Education emergency regulations, “given the history.”

She analyzed in-depth the tortured legal history of the executive orders and regulations issued from March 2020 through the pertinent meeting dates, concluding that — as the challenges proceeded through the courts — there was no enforceable executive order or administrative regulation in place during the period in which the August 9, August 20, and September 9 and September 20 meetings were conducted. “There was,” she ruled,  “no justification for the mask mandate at the meetings.”

“The Court finds the violation of the Open Meetings Act particularly egregious at the September 20, 2021 meeting, where there were no executive orders, emergency regulations, or injunctions in place which would require masks, and the board intended to vote on the boards COVID-19 Plan. The board, by requiring masks, barred attendance from the very individuals most likely to oppose passage of the COVID-19 Plan. This encumbrance can only be viewed as intentional.”

She awarded Moellman $100 for each violation — for a total of $400 — as well as attorney’s fees. Additionally, in an unusual step, she voided all actions taken by the board at the August 9, August 20, September 9, and September 20 meetings.

Judge Reinhardt Ward ruled in favor of the board as to the challenged meetings that occurred on August 16 and August 18 based on a Franklin Circuit Court injunction on enforcement of legislation overriding executive orders during that period.

Additionally, she ruled against Moellman’s co-plaintiff, Noah Heim, because he was not excluded from the meetings but was permitted to enter with a mask and remove his mask during those meetings.