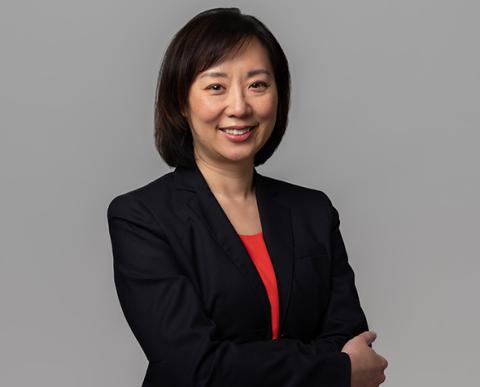 Long before she was a student at the University of Denver’s Sturm College of Law, Annie Lee was receiving a grade-A education from the American health-care system.

An adolescent whose parents had medical problems, Lee (JD ’07) studied their experiences in doctor’s offices. She noted how they were passed off from one person to the next to the next. She listened in on countless questions from doctors, nurses, medical assistants and unknown personnel. And she observed how difficult it was to understand and translate the complexity of the health care system, especially from her vantage point of a first-generation Korean American.

“Unfortunately, I think that some of that very confusing, overwhelming culture of health care is still very present today, and people are experiencing it,” Lee says. “That’s really what got me interested in doing something in the health-care system, to have it work a little better than it did for my family.”

In February, Lee ascended to the role of CEO at Colorado Access, a locally based nonprofit health-care company and the state’s largest public sector health plan. She’s the first woman and person of color to serve in such a capacity, and she brings years of experience, after stints at Children’s Hospital Colorado, Kaiser Permanente and the Colorado Department of Health Care Policy and Financing.

Lee spent her childhood moving from place to place with her family, as her father served in the U.S. military. By the time she was a teenager, Denver was home. After she earned a degree in political science from the University of Colorado Boulder, her parents nudged her toward medical school.

Instead, Lee chose law school. She had no interest in litigation but sought a deeper understanding of how the country’s laws shaped the health-care system. Classes in civil rights and employment law equipped her with an understanding of equity, preparing her to work with the Medicaid program and its multidimensional population.

“Things are not black or white,” she says. “There’s so much gray. And the gradations there feel infinite. There might be one reality you accept as being true, but there are multiple realities at the same time that feed into that, that might not always be congruent and consistent with one another. I think that kind of mindset, that kind of thinking, the analysis that has to happen in certain situations, that all came from my legal training.”

Colorado Access works with people facing a variety of challenges. Frequently they are struggling to meet basic needs such as food and shelter. Often, members know they have Medicaid, known as Health First Colorado in the state, but don’t know how to use it. Sometimes they need help deciphering their eligibility and benefits. Others could use a hand finding a nearby health-care provider — or help to coordinate reliable transportation to get there.

The nonprofit works the other side of the equation too. Colorado Access collaborates with providers and steers them toward holistic models of care, while helping them understand the inherent power imbalances and systemic struggles facing people of color and low-income patients.

As the health-care industry designs programs, interventions and policies to improve, Lee is proud to bring her voice to the table.

“The experiences that people of color have are different, and yet there are things that connect us as well,” she says. A person’s race or culture could place them in a very different space than someone who is white. “That does impact how communication happens, how people are able to connect with one another, and then that builds into other places we can go as people and opportunities we can have.”

The Politics Of Privacy And Antitrust; Will Apple (Finally) Enforce Fingerprinting Rules?

Who is in SM Entertainment’s Girls On Top? K-Pop Super Group Members

Smerconish: Why conservative media is going after Trump