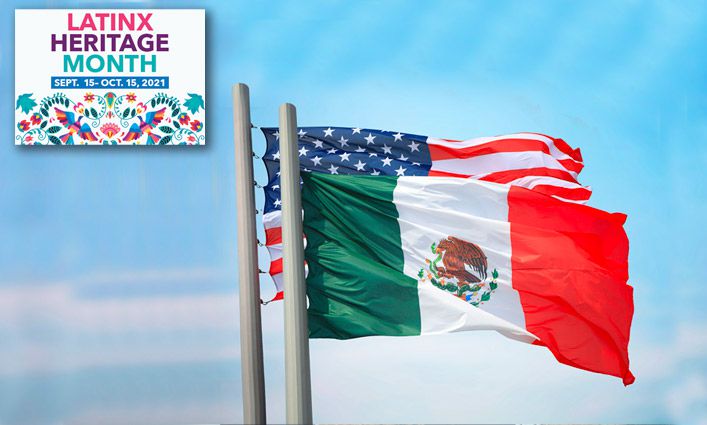 As a proud Hispanic-Serving Institution, and in honor of Latinx Heritage Month, John Jay College is recognizing the vital contributions Latinx people have made to our country and our society through a series of events, web articles, and special features on our YouTube page. In our “Latinx Celebration” article series, we’re connecting with our Latinx students, faculty, staff, and alumni, and learning more about their experiences, identities, traditions, and hopes for the future.

Yahira Judith Islas ’23, a first-generation college student of Mexican descent, admits she didn’t know much about the Latinx community while growing up. The schools she attended for much of her life didn’t have many Latinx students, and in the classroom, Latinx history was never discussed. That all changed for her when she came to John Jay. “Before coming to John Jay I knew very little about the history of Latinx people in the U.S. but since enrolling in the College, I’ve learned so much,” says Islas, a Political Administration major and Latinx American and Latinx Studies (LLS) minor. “Every LLS course I have taken at John Jay has been an honest, thought-provoking, and eye-opening experience. We’ve learned about the dehumanizing and unfair policies toward immigrants and Latinx people in this country—from gasoline baths at the border, to separating families and putting them in detention centers. It’s heartbreaking information to learn but it’s important for us to be aware of what has happened or is happening to our community. You can’t change things unless you’re fully informed, and this generation of Latinx students is committed to learning about the history and changing the world for the better.” We connected with Islas to learn more about her aspirations for the Latinx community.

“Every LLS course I have taken at John Jay has been an honest, thought-provoking, and eye-opening experience.” —Yahira Judith Islas

Where did you grow up and what was it like growing up there?
I grew up in Brooklyn, New York, in the Borough Park section—which is a predominantly white neighborhood—and I remember in elementary school there were only a handful of students who were Latinx. Growing up, I didn’t feel like I was exposed to the Latinx community, and I forgot a lot of the Spanish language. It wasn’t until I went to high school where there was a bit more diversity, and I was around more Latinx people and began taking Spanish classes. At first, I was really terrible at speaking Spanish but as I took more classes, it improved. The increased use of the Spanish language and learning to incorporate it in conversations really helped me feel connected to the Latinx community. I’m proud of my Mexican roots and my pride deepens every day.

“I’m proud of my Mexican roots and my pride deepens every day.” —Yahira Judith Islas

What impact does John Jay being a Hispanic-Serving Institution (HSI) have on your John Jay journey?
I always felt like I missed out on a lot when it came to my K-12 school experience since I didn’t have those strong Latinx influences and role models in school settings. When I began looking at colleges to apply to, I focused on finding a college with a lot of diversity. That was really important to me because I wanted to connect with other Latinx students and fully engage in the learning process with them. John Jay being both a Hispanic- and Minority-Serving Institution showed me that the College not only sees us and values our experiences as Latinx people, but that they want to hear our stories, they want us at the table, and they want to see us succeed.

What group or program at John Jay has made you feel more welcomed at the College?
I’m part of the ACE [Accelerate Complete Engage] program at the College. Being part of ACE has been such an amazing and fulfilling experience for me. As a first-generation college student, I had no idea what to do when it came to the college experience—no clue how to sign up for classes, what forms to fill out, or how to navigate this academic journey, and there was no one at home that could help me. Luckily, I had the ACE program. As soon as I joined the program, I was immediately assigned an advisor and career specialist who became like family. They helped map out my time at John Jay, allowing me to figure out what courses to take and ensuring I’m on track to earning my degree on time. Being in ACE, I’ve gained valuable skills like time management, and with the resume and career help they offer, I feel ready for the career I want.

How do you embrace your Latinx heritage during Latinx Heritage Month and throughout the year?
I embrace by Latinx heritage by celebrating my roots whenever possible. Whether it’s a block party, a parade, or a family event, we go out, enjoy the food, dance, and have some fun. One of my favorite things to do with my family is go to the Mexican Independence Parade and Festival in Sunset Park. It’s just a great day to be together as a community, celebrating our heritage and showing support for our people.

What are your hopes, aspirations, and dreams for the Latinx community?
I would really like to see more Latinx people in newsrooms working as news anchors and taking on central roles in television and film. Representation matters but how we are represented matters even more. In TV and film, Latinx people usually get stereotypical roles like the maid or a gangster. It’s not that this is the role they want, but rather it’s the only role available to them. The stereotypes for Latinx people perpetuated in the media is horrendous and I want that to change. We’re a big, beautiful group made up of different personalities and backgrounds, and we have big dreams and aspirations. We should be portrayed in a positive light because the Latinx community is a very warm, welcoming, and positive community.

“Throughout history Latinx people have contributed so much to the world, from education and sports to music and food, we have influenced everything.” —Yahira Judith Islas

T20 World Cup: India versus Pakistan, the big one at the G

Television Q&A: Is this the last season of ‘Judge Judy?’ | Entertainment

A business built a new supply chain due to the pandemic. It's now having doubts – NPR