State Rep. Tony Cook (R-Cicero) has announced he will retire in 2022 after fulfilling his current term as state representative for House District 32. 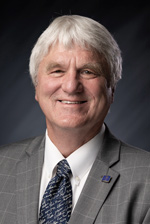 “Serving our community at the Statehouse over the last seven years has been a tremendous honor,” Cook said. “It’s time to turn to the next chapter, which includes prioritizing my family’s health as well as my own. I appreciate the trust the residents of House District 32 have placed in me, and I’ll make sure there is a seamless transition for the constituents.”

Cook said among the reasons for retiring is his need to focus on personal health issues as well as helping care for his elderly father.

Cook was the driving force behind legislation often referred to as the “hot dog law,” which allows citizens to forcibly enter a vehicle to rescue an animal left unattended in the heat after notifying police.

“Tony is a great friend and compassionate legislator who works tirelessly for his district,” said House Speaker Todd Huston (R-Fishers). “His commitment to Hoosier students, teachers and schools is unwavering, and his efforts have left a positive footprint on Indiana’s education system. I look forward to continue serving with him over the next year, but we’ll definitely miss him and his expertise at the Statehouse in the future.”

Cook and his wife, Kathryn, reside in Cicero, and together they have two grown sons.

COVID-19 Restrictions May be Here to Stay — Occupational Health & Safety

Oregon sports fans can return for outdoor events such as Portland Timbers, Thorns games, but with capacity limits

Samsung Galaxy Unpacked Event: start time and how to watch

Latest news from Russia and the war in Ukraine