Voices that shaped the sports landscape in my life 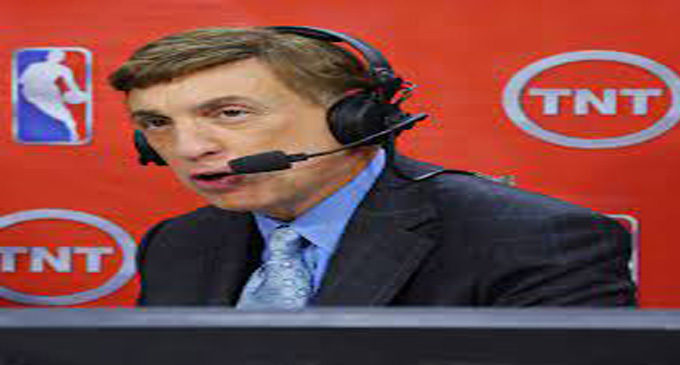 Iconic 80-year-old announcer Marv Albert recently retired after the conclusion of the TNT networks coverage of the 2020-2021 basketball season, which happened to be following the Eastern Conference Finals.

Albert has been with Turner Sports for 22 years, including 19 as its lead NBA play-by-play personality and was previously with NBC Sports before they lost the NBA rights. His last game on air was between the Atlanta Hawks and the Milwaukee Bucks and it was an emotional one for Albert and everyone involved.

Albert has been an announcer for 55 years and has broadcast games for all four major U.S. professional leagues. He has been the voice I associate most with the NBA since I became a sports fan as a youngster and he will be missed by many. Nearly every basketball fan has imitated Albert saying his iconic “Yes, and it counts” phrase after watching a basket and a foul.

“I think I’ll never revert to doing it off the television set for my wife, as we were doing during the lockdown and as a kid, my brothers and I would do it with a crowd record in the background. That’d be the closest I would get to it,” Albert said when asked if he’d consider a comeback. “I’m ready to call it quits. I’ve said this before, but the pandemic was kind of a rehearsal for retirement.”

The retirement of Albert got me thinking about the other iconic voices in other sports that I grew up on. Those voices that no matter who was playing in the game, you watched because they knew the game from a different perspective than most and their voices made you not want to turn the station.

When it comes to football on Sunday, no duo of broadcaster and color commentator did it better than Madden and Summerall. Madden’s career spanned from 1979 through 2008. His combination of knowledge of the game, witty one liners and funny sound effects, made him a must-watch every Sunday afternoon. The way he would break down a play made even the most casual fan understand what was going on. Once Madden was paired with Summerall in 1981 on CBS, the duo was undoubtably the best in the business.

Summerall was the perfect partner for Madden. While Madden was very animated with his delivery, Summerall’s monotone voice painted a picture of the game that you could see even when you could only hear him speaking. He was a former player in the league and called 16 total Super Bowls, more than anyone else in the history of the game. Summerall also did broadcast for golf and tennis as well. When the duo retired from announcing, I was truly sad because to this day, no pair has come close to being as good as Madden and Summerall.

Jackson had a tremendous career as a commentator for ABC Sports that lasted from 1966-2006. His career actually began in 1952. He covered multiple sports throughout his career, but is best known for his work covering college football. His catchphrases included “The granddaddy of them all,” when referring to the Rose Bowl, “Whoa, Nellie” after seeing a great play, and “Hold the phone” after a flag was thrown, all still ring in my head to this day.

You could tell as a viewer that Jackson really had a love for college football. It was like you could almost feel his enthusiasm for the game through the television set. I didn’t think anyone would be able to match the style and passion Jackson had for the game as a commentator, but I will say that current commentator Gus Johnson comes very close.

“This is awesome, baby, with a capital A,” “diaper dandy,” “super, scintillating, sensational,” “A P-T- P’er” and “glue guys” are all popular sayings by Vitale. Every game is more interesting when it’s being called by Dicky V and nearly every big game I can remember from my teenage years were commentated by Vitale.

I loved baseball growing up. I remember when my parents first got cable for the family, there was a Chicago channel WGN on the list. I remember hearing Caray’s voice during a broadcast and not being able to turn it off. I was a fan of the Atlanta Braves and Baltimore Orioles at the time, but Caray’s voice had me sitting Indian style on the floor in front of the TV watching the Chicago Cubs play.

Caray began his broadcasting career calling games for the St. Louis Cardinals and called for several other teams before landing with the Cubs in 1982. He was so iconic he was even parodied by Will Ferrell on Saturday Night Live multiple times. His big glasses with black frames and his singing of “Take me out to the ballgame” during the 7th inning stretch are two of the most memorable things I remember from Caray. Caray passed away in 1998 and watching baseball has never been the same for me.

These gentlemen were all at the top of their games during my introductory years in sports. Many of the biggest and best games that come to mind involved one of these men commentating during the game.

Now that Albert has retired, pretty much all of the commentators and announcers I grew up on have retired or unfortunately passed away. There are several other guys that call games now that are good, but who knows if they will reach the level of the aforementioned gentlemen named above.

Newhouse, who voted to impeach Trump, will advance to general election in Washington district, AP projects

How Racism in Early Life Can Affect Long-Term Health