A team of swimmers from Egypt has broken the Guiness World Record in the 100x50m freestyle relay.

The attempt, which was held in coordination with the Egyptian Swimming Federation, was sponsored by Spoctane Egypt.

The team finished in a final time of 42 minutes and 12.15 seconds, slicing just over a minute off of the previous world record of 43 minutes and 32.36 seconds that was set by the UK’s Mind Over Matter Team in 2019.

The relay team consisted of 100 swimmers from the region, ranging in age from 15 to 62 years old, including a mix of National, African, Arab, World, Olympic and Paralympic Champions. 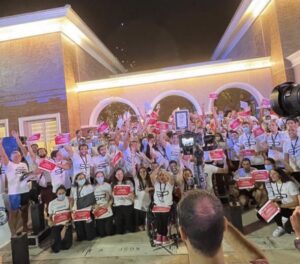 Members of the Egyptian 100×50 Freestyle Relay Celebrate Their World Record. Via Mazen Elkamash

Notably, the event featured both Olympic and Paralympic swimmers competing with one another, differing from the previous record attempts that included no Paralympic athletes.

62-year-old Nabil Ibrahim was the oldest member of the team, swimming second-to-last in the order. Ibrahim is a reigning world champion in the master’s 50m freestyle.

Finding fraud in a world of fast-moving deals – TechCrunch

For Democrats, the pain of inflation is no reason to stop spending

Ashley Graham: I would never change my body | Entertainment

Why did China ban extreme sports?

Well you would say that: the science behind our everyday biases | Psychology

3 key takeaways from the Inside California Politics Governor Recall Debate