When Pepperdine alumna (2021) Kendall Ross was 11 years old, a local yarn store owner taught her how to knit in her hometown of Oklahoma City, sparking a lifelong passion and now, her own knitting business, ‘I’d Knit That.’

While she initially created her Instagram account, @id.knit.that, to share pieces she created for fun, Ross said she began to take her craft more seriously during the COVID-19 pandemic. Ross’ Instagram account started gaining a lot of traction in the spring of 2020, so she created a website to sell her designs.

Ross said ‘I’d Knit That’ was able to take off during quarantine because of the new free time she had to create clothing items and the rise in fast fashion awareness.

“People really don’t want fast fashion anymore,” Ross said. “People are buying handmade, thrifting and learning to make their own clothes. I love that. I think so much of that shift really helped my business because I sell things that I make myself. It’s not fast fashion, it’s just me.” 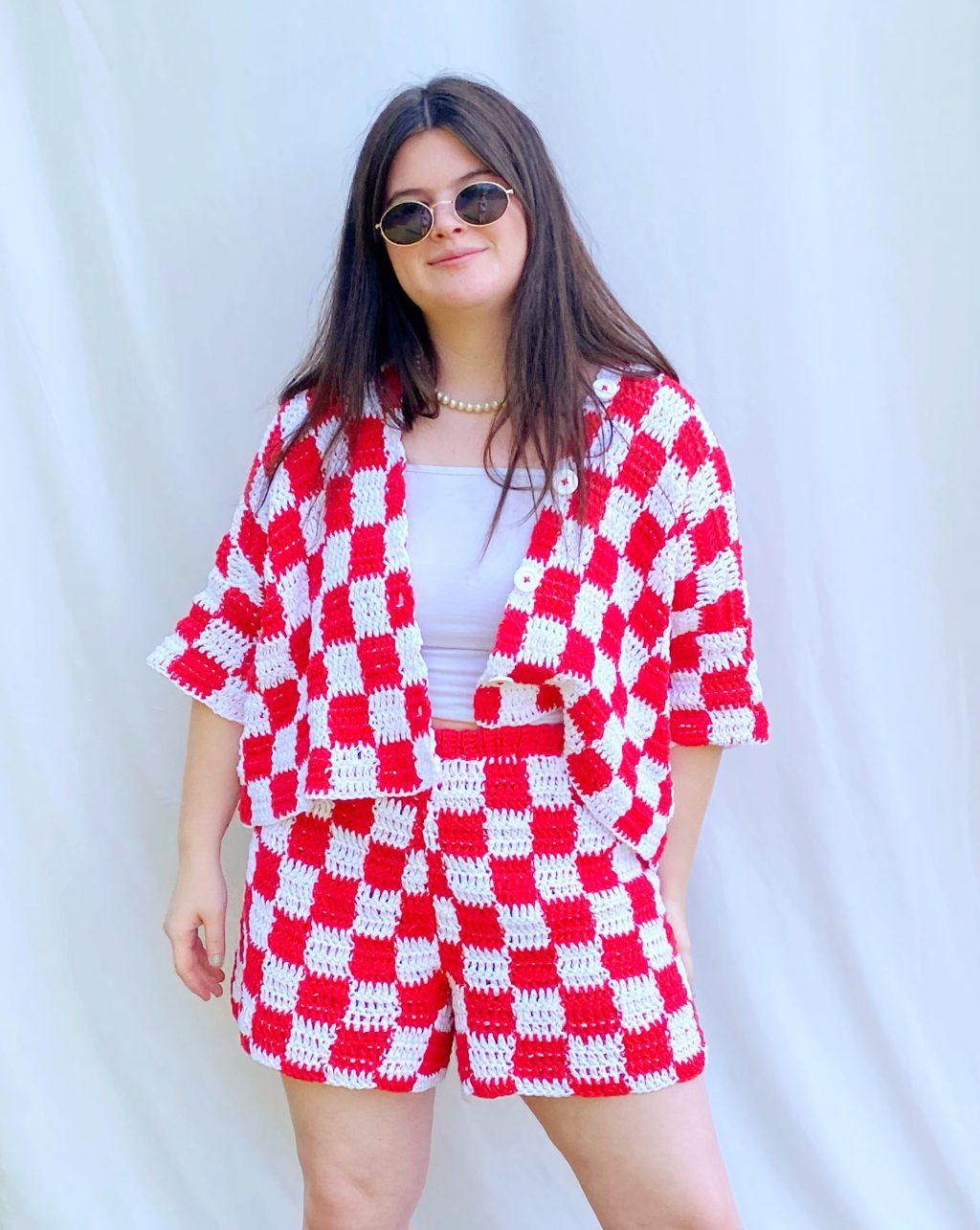 Ross poses for a photo in a custom knit set in Oklahoma City in June. A major part of the growth of Ross’ business over the last year was her custom creations like the one pictured.

In a typical week, Ross said she makes two to three sweaters and often sets small goals for herself throughout the week so she can finish them on time. Ross hand-knits sweaters, cardigans and other clothing; she also creates patterns so her followers can recreate her designs on their own. 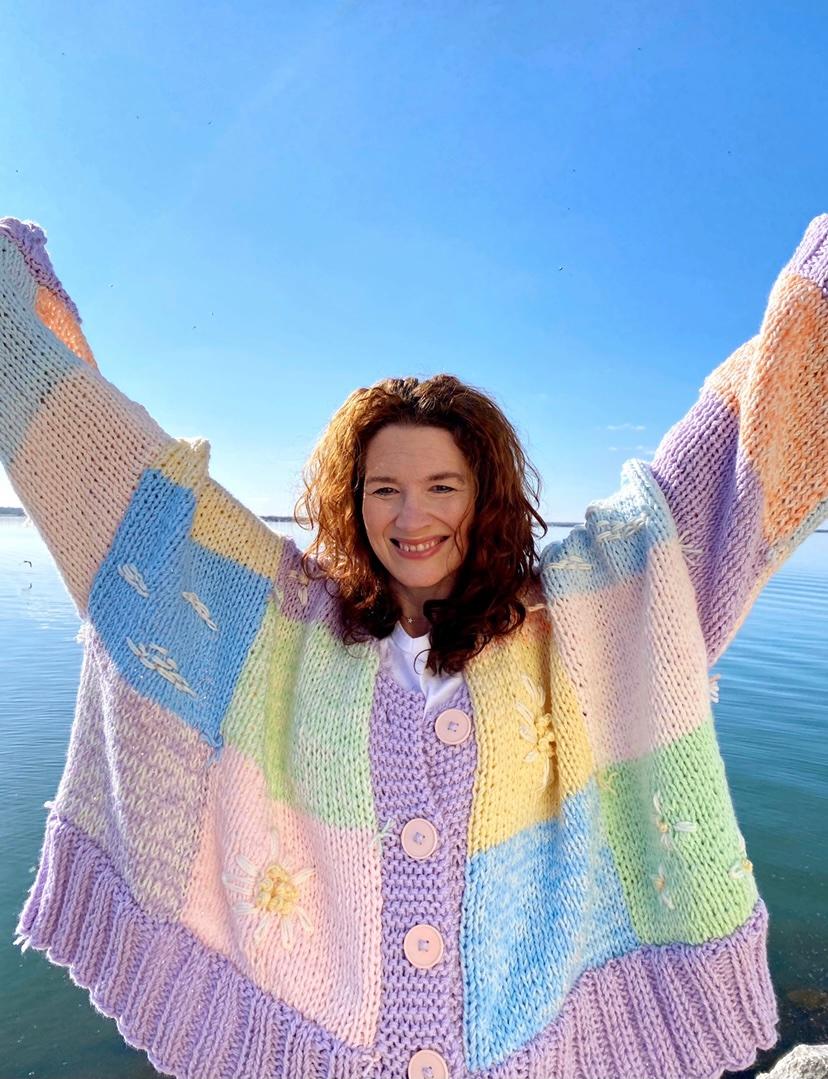 Ross’ mom poses in a cardigan Ross knitted for her sister-in-law in Oklahoma City in January. Ross later released the design she used to make this sweater on her website so customers could make it on their own.

Her business gave her more confidence in her abilities and allowed her to take her passion and turn it into a larger operation. Ross said running ‘I’d Knit That’ showed her knitting can be so much more than just a hobby.

“When you think of knitting, you think of women doing it and I used to see it as unimportant because I would think it’s just girlies knitting, but I think for me, owning a business has reaffirmed the validity of knitting and a lot of really feminine things,” Ross said. “It’s really given me the opportunity to get to know a lot of other people who do things like this and see the value.”

Ross said she runs ‘I’d Knit That’ primarily through Instagram. ‘I’d Knit That’ originally gained a lot of attention from Pepperdine students on the app, and now people across the country are following her work, including Auliʻi Cravalho, the voice actress for Moana. 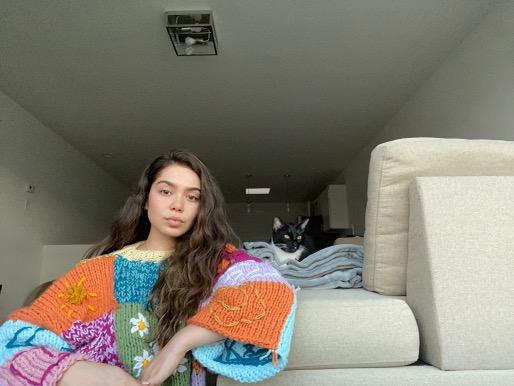 Auli’i Cravalho, the voice actress for Moana, poses for a photo in the sweater Ross made for her. Cravalho posted the photo on Twitter in January, which generated a lot of buzz surrounding Ross’ business. Photo Courtesy of Auli’i Cravalho

Although running her business through Instagram has been successful, Ross said it’s difficult not to base the quality of her work on the number of likes and comments her posts get.

“I’ll find myself thinking, ‘Oh, well, clearly this isn’t good because it didn’t get enough likes,’” Ross said. “So it’s having to navigate, ‘I know this is good. I like it, I made it and it’s my art,’ versus ‘This isn’t doing well on social media.’” 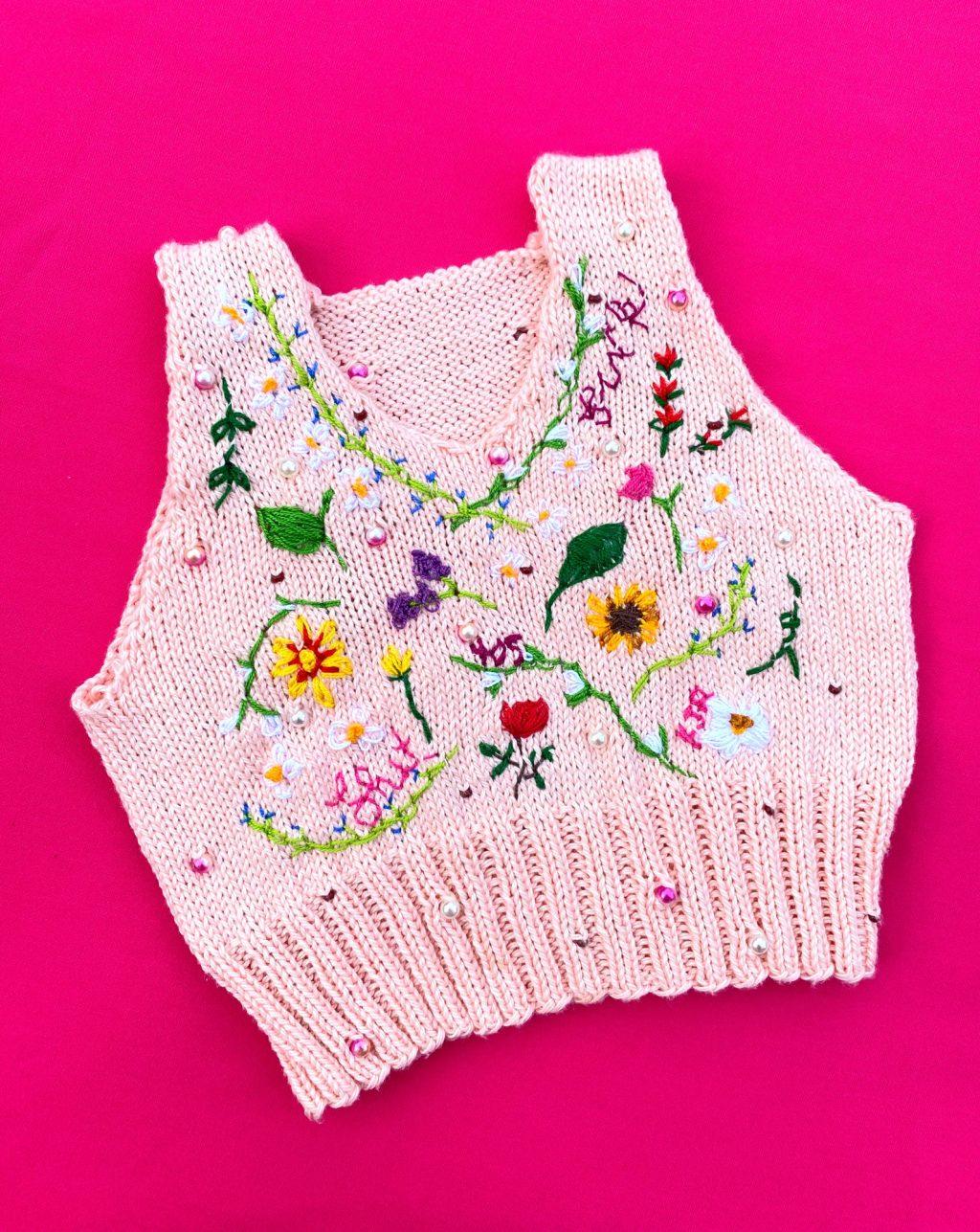 A vest Ross knit in June is photographed on her hot pink kitchen table for an Instagram post that shows off her work. Ross said she has recently started incorporating beadwork into her knitwear, like the floral designs in this piece.

Her passion for knitting and sustainable fashion led Ross to write her senior thesis on the history of women knitting during World War I. After graduating as a History major in May, Ross said she is focusing on running ‘I’d Knit That’ from her hometown of Oklahoma City.

“I’m really excited to continue ‘I’d Knit That’ and see how it grows,” Ross said.

Norway rules out mandating vaccines ahead of Beijing Games

T20 World Cup: India versus Pakistan, the big one at the G

College football undefeated teams at risk on road in Week 6