In his latest book, “Black Smoke: African Americans and the United States of Barbecue,” food scholar and James Beard winner Adrian Miller writes that, “Black-run barbecue joints often find themselves located at the intersection of food, race, and absurdity.”

“Barbecue was one of the places where people kind of ignored the color line in terms of restaurants, and you would often find whites going into the Black neighborhood to get barbecue,” Miller says.

From the surprising and often overlooked beginnings of American barbecue, Miller chronicles the evolution and the entrepreneurship of Black barbecue as he stokes the coals of its living legacy. He joined “Good Food’s” Evan Kleiman to discuss barbecue’s origins, community, and legacy.

KCRW: The word “barbecue” has its roots in West Africa. Can you explain how barbecue’s history starts with the indigenous peoples of the Americas, and the primary cooking techniques that were used?

Adrian Miller: “The reason I start with the indigenous people in the Americas, mainly mainland North America, is that the Caribbean origin story never quite jelled for me when it came to Southern barbecue. Because that story is that Europeans show up in the Caribbean, they see indigenous people cooking in a way they’re not familiar with, and then Europeans bring that to the North American mainland.

The way that Southern barbecue emerges is just so different. … So I argue that really, it was a fusion of Native American smoking techniques. And there were multiple ways that Native Americans were cooking. In some senses, they were having sticks that were aimed towards the fire, and there would be morsels of meat kind of angled toward the fire for cooking. There was spit cooking, which Europeans would have been familiar with. There was also something called an earth oven. It was like a vertical hole with a fuel source in the bottom and then layers of meat and vegetation. And then you bury it and come back some time later and eat that. There was also the raised platform, which is what people saw in the Caribbean, and then also a very shallow pit, where a lot of times the meat was just laid right on the burning coals.

And so what I argue is that Europeans saw some of this and then added their own grilling techniques. And that put us on the road to barbecue. And then later when enslaved Africans increased in number, they became barbecue’s principle cooks, and added their own culinary signature to what would become barbecue.”

Talk a little more about that transition.

“What surprised me in researching this book is that Native Americans were the first barbecue cooks, really, and that they were enslaved as well. So the earliest forms of barbecue were probably cooked by enslaved Native Americans and white indentured servants before the transition to African slavery. So then, when Africans are enslaved and asked to cook this way, they start to meld their own kind of meat cooking and smoking traditions from West Africa with European grilling techniques and what Native Americans were doing, and it becomes this kind of unique thing.

A lot of people in the time of colonial America called barbecue ‘cooking the Indian way.’ And what you find is there are some African American barbecuers well into the 20th century who still described this kind of old school barbecue as ‘cooking the Indian way.’ And that was digging a trench a few feet wide, a few feet deep, filling it with hardwood coals that were burned down, and then taking whole animal carcasses—that could be a pig, sheep, if they get a cow, butterflying them and sticking poles in the side of them—and then somebody flipped those carcasses regularly to cook them without burning, and then added sauce throughout the process. And so that was what Southern barbecue was originally.”

How did it figure into antebellum social life?

“In the early years, especially in Virginia—I agree with some scholars that Virginia was really the birthplace of Southern barbecue—it was really small gatherings, usually wealthy people getting together. And then the other side of barbecue was kind of rowdy parties where usually dudes got together with shotguns, gambled, played games, told lies, all that kind of stuff. And then over time, as barbecue becomes more popular, politicians and preachers get ahold of it and supersize it.

So by the time we get to the 1820s and 30s, we’re seeing reports of barbecues with 10, 20, 50,000 people. And I think barbecue was perfect for these events because it was so scalable, as long as you had enough labor. And usually that’s why they turned to enslaved people, because they could make them do this work. As long as you had enough labor, enough animals, and enough space, you could pull off a barbecue.”

You say that barbecue, like church, is about building community. What is the relevance one has to the other, and in particular, the phrase “theological barbecue?”

“In the religious awakening period in the United States, you had these things called ‘revivals’ or ‘camp meetings.’ These would be multiple-day affairs where they were preaching all day long, and then they were eating at certain breaks. And barbecue fit well into that, because it was scalable, and you could feed a lot of people. And so that was a way to draw a crowd and hopefully get converts to your religion.

But on the plantations, enslaved African Americans also used barbecue to build church in a very small sense. Usually enslaved people had the weekends off, especially the Sabbath. And with the work schedule slowed, that gave time to barbecue. There were also reports of secret barbecues, where enslaved people would kind of ‘borrow’ a pig and cook it out of the sight of the slave holder. And a lot of times those were religious gatherings as well. And so you get this connection to church and barbecue, both in the private, small gatherings on the plantation, and also these larger scale public events called ‘camp meetings.’”

How and when did barbecue move into “mainstream” America?

“I argue that it moved into mainstream America in the 20th century, and a lot of this was due to the transition from rural barbecue to urban barbecue. Rural barbecue was whole animal cooking over a trench filled with hardwood burning coals. But when you get to an urban environment, that’s not always so practical. And so we get the construction of artificial pits. The early pits were usually brick or cinder blocks. And then we start to see, instead of whole animal cooking, people focusing on parts of animals. So that’s when you start to see ribs, pork shoulder, sausages, chicken, all of that, grow in popularity, and then it leads to innovation and the various regional styles that we argue about today.”

Can you talk about the aesthetic and evolution of Black barbecue as a business?

“This idea that a barbecue place is supposed to look a certain way speaks to the discrimination that Black entrepreneurs have faced from the very beginning of this country. And the main thing is the lack of access to capital. So when Black barbecuers wanted to start a business … they would usually just dig a hole in the ground and do the old trench method. So you had people running places out in the country. There would be a designated spot, or they would do it from their lawn on their house.

But when people started to look for brick-and-mortar locations, they never got a nice spot on the main business thoroughfare. It usually was in a rundown part of town, and usually the building itself was rundown. And because of a lack of access to capital, these entrepreneurs really could not improve the physical plant of their restaurant. So that became kind of an aesthetic norm. And people loved what these entrepreneurs were cooking. They would just say, ‘Oh, these are the signs of a good place.’ But that was really a reflection that a large number of these entrepreneurs never got enough money to really show up all those other aspects of their business and beautify it.”

You have a tongue-in-cheek recipe for “disappearing Black barbecue.” When did the shift from the media’s coverage of the brilliance of Black barbecue to its exclusion occur?

“I peg it to the 1990s. I think the big thing that changed was the rise of this group that we call ‘foodies.’ We’ve always had people who looked at food as leisure and sport, but they tended to be very wealthy. But what happens with foodies in the late 1980s, and then the early 1990s, is you’ve got a group of middle class people who have disposable income, and their palate is much more adventurous than their parents. And they’re looking for authentic experiences.

And just as this group rises, you have a commensurate rise in food media to cater this group. And so barbecue was growing in popularity at around the same time. So foodies wanted to know, ‘Hey, what is barbecue? And where can I get the good stuff?’ And unfortunately, because the people who decide what stories get told were not diverse, more and more white people were put forth as experts, because the people who were looking for stories would just ask other white people, ‘Who should we profile? Who should we talk about?’”

Who is out there that you want us to know about?

“One guy is Matt Horn. He’s in Oakland. And he’s on the way to opening up a brick and mortar spot. It’s kind of hard to do that these days. There’s … a restaurant is called Vegan Mob, because vegan barbecue is a pretty hot trend right now. I want folks to know about them. Also, if you haven’t seen ‘Queer Eye,’ the Jones sisters in Kansas City, Kansas,  aregreat people doing great food. Their sauce business has taken off after being on that show. … They have a barbecue vending machine. So 24/7, you can just show up and get sandwiches or whatever. I just think that’s brilliant.” 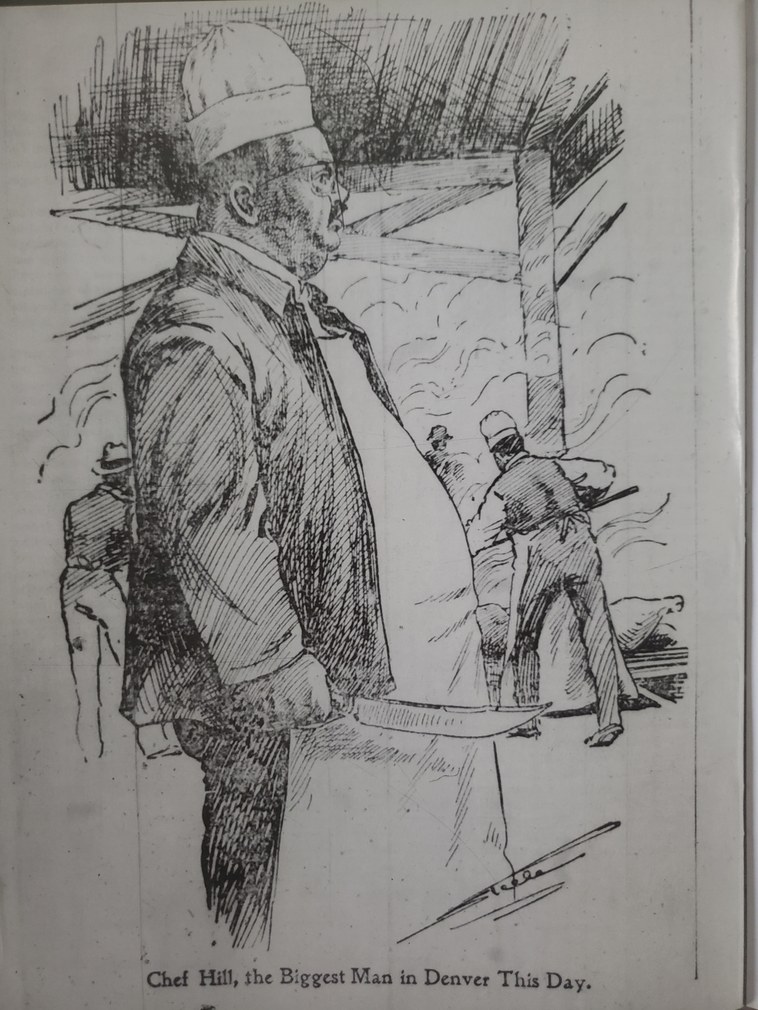 The Denver Post ran this sketch of Columbus B. Hill. On July 4, 1890 when the cornerstone for the State Capital was laid, Hill cooked barbecue for 25,000 people. Photo courtesy of University of North Carolina Press. 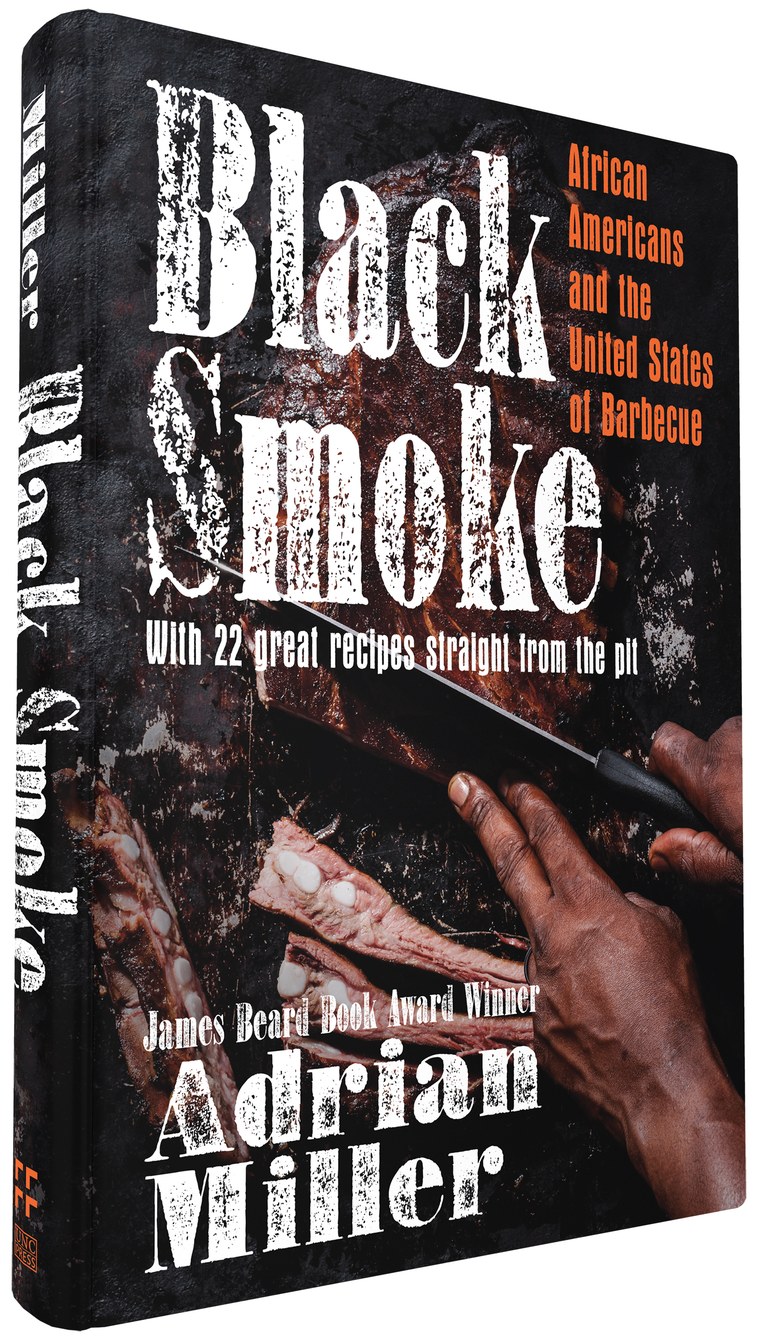 “As long as you had enough labor, enough animals, and enough space, you could pull off a barbecue,” says Adrian Miller speaking about his latest book, “Black Smoke.” Photo courtesy of University of North Carolina Press.

USA vs. Morocco: How to watch & stream, preview of World Cup preparation friendly