SANTA CLARITA, Calif. – An off-duty firefighter opened fire Tuesday at Los Angeles County Fire Dept. Station 81, killing a fellow firefighter and injuring another. The suspect then fled to his home in nearby Acton, barricaded himself inside, and set the house on fire before he was believed to have been found dead.

“I never thought one of our firefighters would face danger at one of our own community fire stations,” said Los Angeles County Fire Chief Daryl Osby.

Los Angeles County Fire Chief Daryl Osby gives an update on the deadly shooting at one of the department’s stations.

The firefighter specialist who was fatally shot, a 44-year-old male, was a twenty-year veteran of the department, Osby said.

“He was a brave, committed, loyal member of the fire department,” the chief told reporters Tuesday afternoon.

A 54-year-old fire captain was airlifted to Henry Mayo Newhall Hospital in Valencia with multiple gunshot wounds. He is currently listed in critical but stable condition and is expected to survive.

Osby said that the off-duty-firefighter, who was also a firefighter specialist, came to the fire station, located in the 8700 block of Sierra Highway, shortly before 11 a.m. Tuesday and shot the two victims.

The Los Angeles County Sheriff’s Department confirmed there was one gunshot victim at Fire Station 81 on the morning of June 1.

The firehouse is located in the Agua Dulce neighborhood northeast of Santa Clarita. 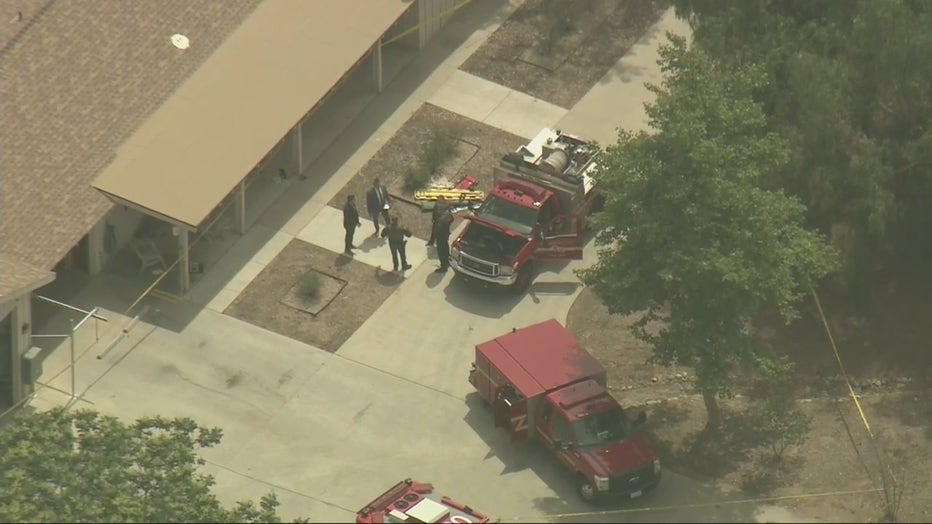 Get your top stories delivered daily! Sign up for FOX 11’s Fast 5 newsletter. And, get breaking news alerts in the FOX 11 News app. Download for iOS or Android.

Sheriff’s officials said when they responded to the fire station after the shooting, witnesses identified the suspect, who fled the firehouse in a white Toyota pickup. They followed the suspect to his home, located in the 2600 block of Bent Spur Drive in Acton. 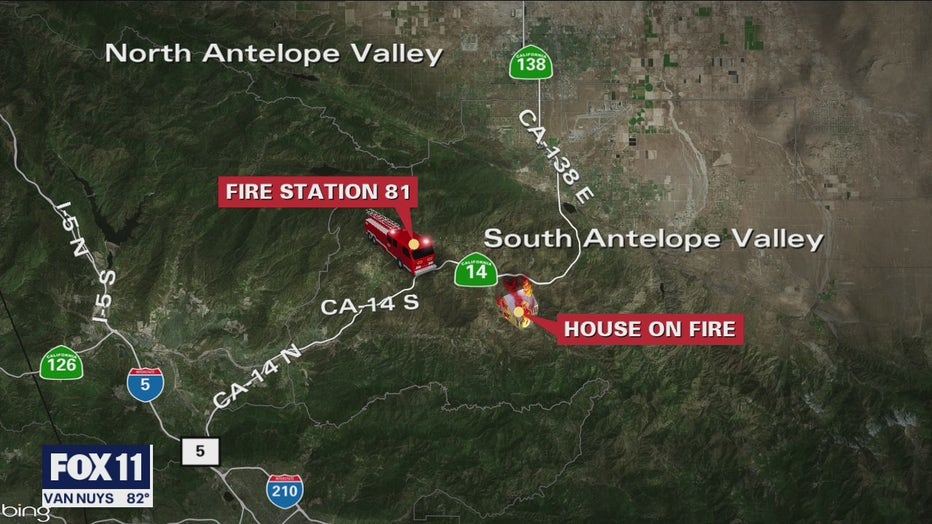 Authorities said the suspect barricaded himself inside his home and allegedly set the house on fire.

Video from SkyFOX showed a body in the pool on the property of the house fire. Authorities later confirmed that the deceased individual is believed to be the suspect, who died from an apparent self-inflicted gunshot wound.

Fire near scene of shooting investigation

The fire completely destroyed the residence. After the home burnt to the ground, SWAT team members were able to move onto the scene. 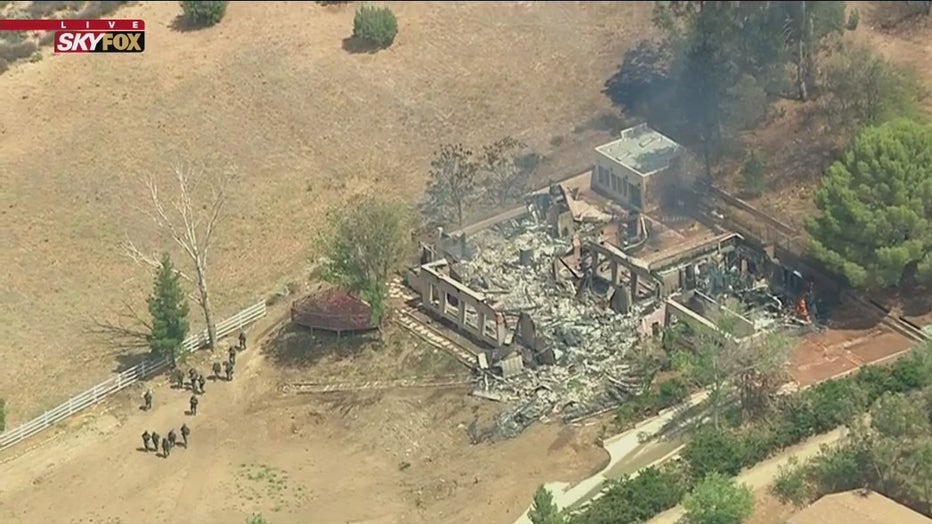 The coroner’s office will respond to the scene in order to remove the body and identify the deceased.

Osby said he cannot comment on whether there was any pending internal disciplinary action against the off-duty firefighter who opened fire at the firehouse. He also said he could not speak to a possible motive for the shooting.

“My heart is with our @LACOFD firefighters and the families of those affected,” Los Angeles County Supervisor Kathryn Barger wrote on Twitter.

Supervisor Hilda Solis ordered flags at all county buildings will be flown at half-staff.

“My most sincerest condolences to the family of the firefighter who was tragically killed in today’s shooting at Fire Station 81 in Agua Dulce,” Solis wrote.

Additional details were not immediately available.

If you’re in distress due to recent incidents of mass violence, please know that there is help is available. Talk to experienced counselors at the Disaster Distress Helpline for 24/7 emotional support. Call or text 1-800-985-5990. Click here for additional resources.

Tune in to FOX 11 Los Angeles for the latest Southern California news.

Selling a Business? A Financial Advisor Can Help.

Birmingham can benefit from the pandemic’s effects on business, Landing’s Bill Smith says

More Protesters Are Killed in Myanmar as Crackdown Escalates

What Is Coconut Milk? And How to Use It for Cooking.