Dak Prescott re-upped with the Dallas Cowboys this off-season, and now he’s showing confidence in another franchise.

A new location for the chain will open in McKinney in 2022 at 3702 W. University Drive, according to the company.

Other area locations include The Colony, Arlington and Las Colinas.

Prescott will co-own Walk-On’s in its Dallas-Fort Worth and Waco-area locations, according to CNBC. The financial terms of Prescott’s investment were not made available.

In an interview with CNBC, Prescott said the deal was a “genuine connection,” since Walk-On’s is based in his home state.

“I grew up going to some Walk-On’s,” he told the outlet. “We had a Walk-On right there in Bossier City. On the bathroom, when you walk in, my high school picture is probably still there.” 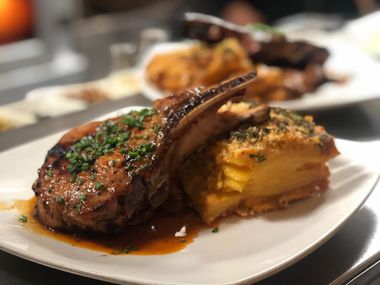 Police stand ready for possible protests in downtown Raleigh, but all quiet so far :: WRAL.com

Killing of Mexican reporter may be linked to local politics

Critics urge Biden to step up as violence spreads in Israel