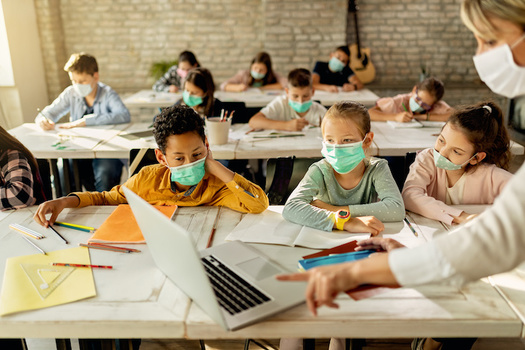 Pennsylvania ranks 44th in the nation for the amount of school funding that comes from the state, at only 38%. (Drazen/Adobe Stock)

HARRISBURG, Pa. – A judge has set Sept. 9 as the tentative trial date for a lawsuit that claims the General Assembly has violated Pennsylvania’s state constitution by failing to provide adequate and equitable funding for public education.

The lawsuit was filed in 2014 by the Education Law Center and the Public Interest Law Center on behalf of several school districts, parents and education and civil-rights organizations.

According to Maura McInerney, legal director at the Education Law Center, state funding for education falls far short of a benchmark written into the Pennsylvania School Code by the General Assembly in 2008.

“In accordance with those adequacy targets, bringing them up to date in terms of cost of living,” she said, “it would be $4.6 billion that was required in order to ensure full funding.”

Legislative leaders, who are defendants in the suit, have said they’ll argue there is no connection between the amount of money districts spend and student performance.

Five years ago, the Legislature adopted a new education-funding formula, but it only applies to new spending – or only about one-tenth of the education budget. McInerney said students of color disproportionately are affected by the ongoing lack of funding.

“Eighty-percent of Black and Latinx students attend a district that receives less education funding than they would under the state’s current funding formula adopted in 2016,” she said.

McInerney added that students who attend poorly funded schools are far less likely to attend and graduate from college than those in well-funded districts.

The current system forces school districts to pick up a substantial portion of education costs, primarily through property taxes. McInerney said that creates a spending gap between wealthy and poor districts.

“On average, the gap is $4,800 per student,” she said, “in terms of the gap between low-wealth and high-wealth school districts.”

The court will finalize the trial date at a pretrial conference in June. Attorneys expect the trial to last several weeks.

More than $1 billion wagered on sports in Illinois, but none on Illini | Economy

Gone to the dogs: Robert Irwin voices a character on ‘Bluey’ | Entertainment