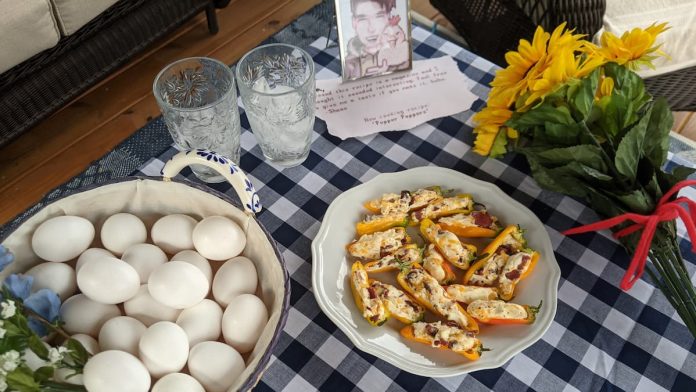 I have never claimed to be a great cook.

In fact, I adamantly admit to be the opposite. Mediocre at best. And I’m perfectly fine with that. Which is why I usually eat the same three things on rotation. Pasta with cheese, spaghettios and microwave popcorn. But I do enjoy cooking because I get to eat the finished product.

In the past I’ve made some more complicated recipes – some that turned out okay and others not so much. This time around I’ve picked something that can be made with as few as four ingredients, but I decided to fancy it up just the slightest bit. It’s a short, simple recipe you can make in under an hour. Really in under 30 minutes if you’re not setting up a photo shoot the way that I did to make it all seem all the more fancy. I’m making Pepper Poppers from Stardew Valley!

These are Shane’s favourite recipe, so you’ll be pretty familiar with it if you ever decided to romance Shane in the game. These Pepper Popper are a super simple and delicious appetizer to serve on game days or other such gatherings.

Here’s what you need:

How to Make Shane’s favourite Pepper Poppers from Stardew Valley:

Step 2 – While you’re waiting for you oven to pre-heat, go ahead and start frying off 3 – 4 slices of bacon. I used turkey bacon because I don’t eat red meat, but you can use the normal stuff as well. If you’re using turkey bacon, what I like to do is fry it on each side for a couple minutes each then turn off the heat and leave it there to cook a little longer. This makes it so that it goes nice and crispy and has the same texture as regular bacon. 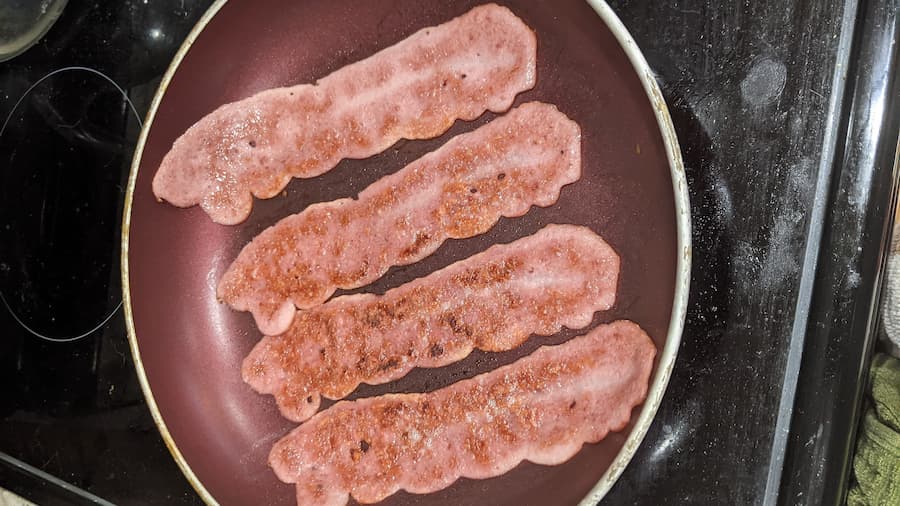 Step 3 – At the same time you can also start preparing your peppers. You’ll want to slice each of your peppers in half leaving as much of the stem on each slice as possible. (This allows you to grab the stem and eat the pepper off of it the same way you would with a shrimp/shrimp tail). Remove all of the guts/seeds of the pepper. 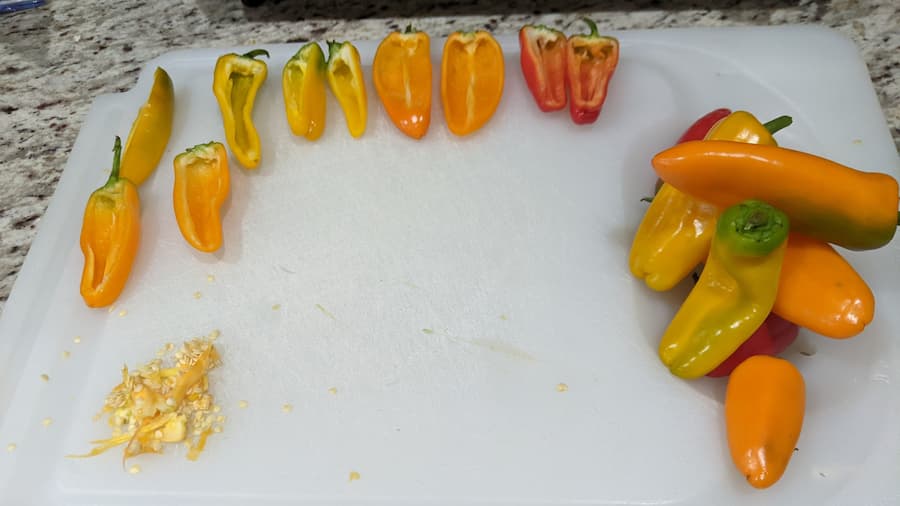 Step 4 – Once your bacon is cooked and you’ve sliced up all your peppers, you can start mixing together the inside of your pepper poppers. Put your cream cheese in a bowl along with all of the other ingredients besides the peppers. That includes: shredded cheddar cheese, your bacon crumbled into small pieces, basil, pepper and garlic powder. I didn’t measure my spices because I’m a terrible person, but I’d say I used about a half a teaspoon of each. But as there’s nothing raw in the filling I’d recommend you taste it and decide when you’re happy with it. Mix it all together until well combined.

(You’ll notice in the picture below that I haven’t mixed the bacon in with the rest of the ingredients just yet. That’s because my mom hates bacon and I wanted her to taste test these with me. You’re welcome, Patty). 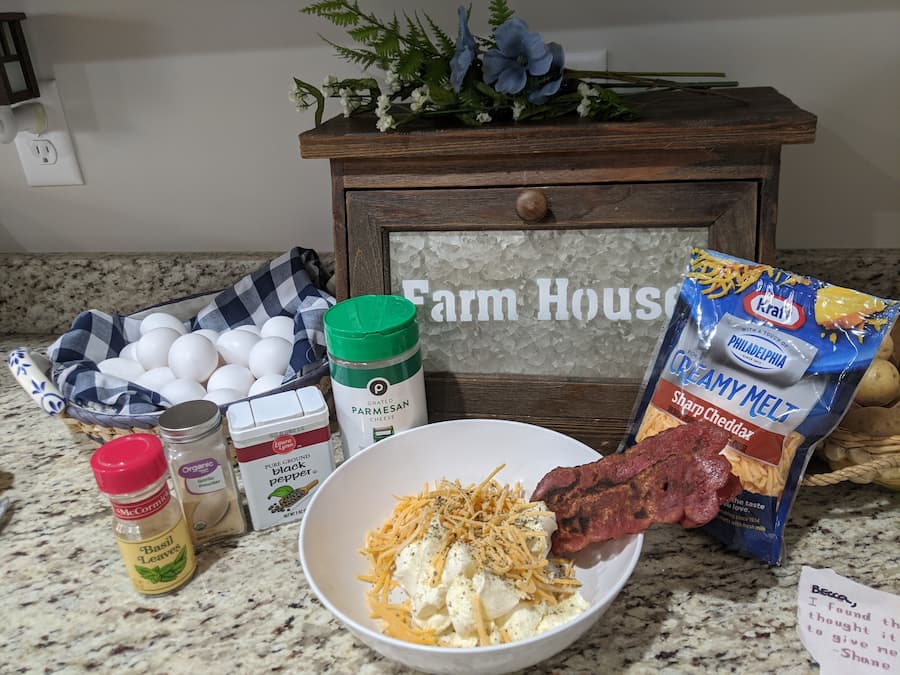 Step 5 – To fill your peppers, grab a scoop of your filling and place it in your halved peppers. This mixture will expand a bit in the oven as it melts, so there’s no need to overfill them the way you might with a twice baked potato. Once all your peppers are filled, place them in the oven for 7-10 minutes until the cheddar cheese is fully melted. 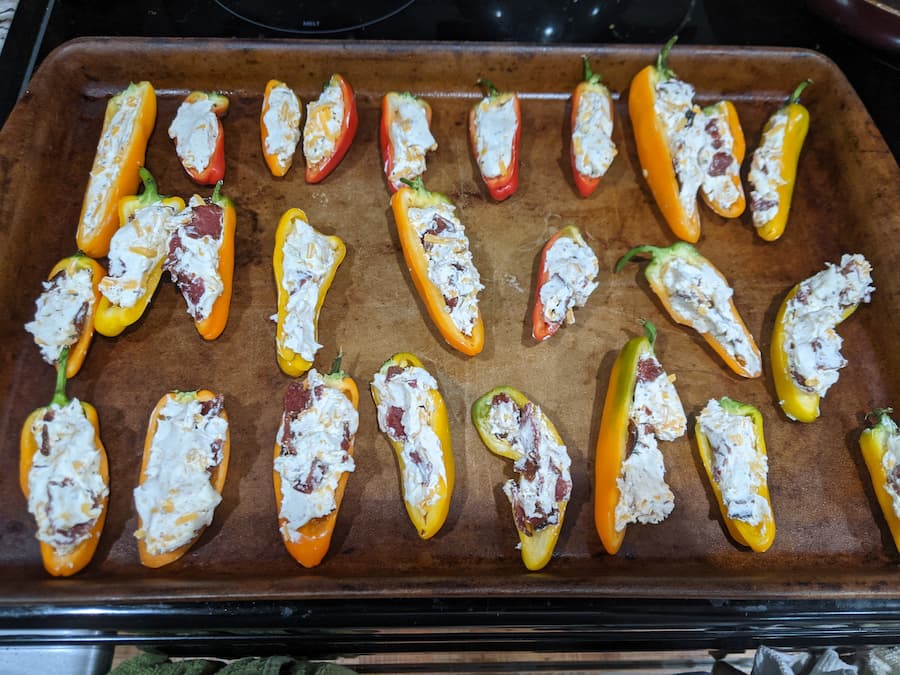 Step 6 – Pull your peppers out of the oven, grab your friends and family and serve! (I got a small bag of peppers at the story that made 26 pepper halves, if you have lots of people to feed I’d recommend getting a second bag). 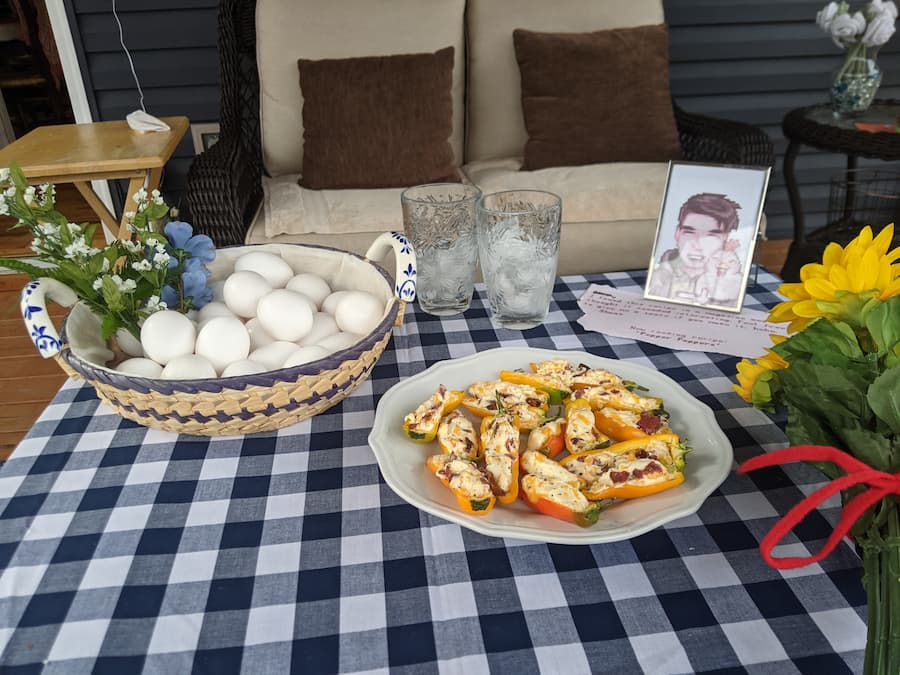 I know that usually I manage to screw up a recipes in some way so it makes for quite a funny story, but these pepper poppers are so easy and delicious anyone can make them! Hope you enjoy them fellow farmers!

Got ideas for food from video games you’d like to see us try and make next? Tweet us @game_spew.