Coronavirus: What’s happening in Canada and around the world on Wednesday

As the European Union surpassed the toll of 500,000 people lost to the virus, the EU Commission chief said Wednesday that the bloc’s much-criticized vaccine rollout could be partly blamed on the EU being over-optimistic, over-confident and plainly “late.”

European Commission President Ursula von der Leyen defended the EU’s overall approach of trying to beat the pandemic with a unified vaccine plan for its 27 nations, even if she admitted mistakes in the strategy to quickly obtain sufficient vaccines for its 447 million citizens.

“We are still not where we want to be. We were late to authorize. We were too optimistic when it came to massive production and perhaps we were too confident that what we ordered would actually be delivered on time,” von der Leyen told the EU plenary.

Despite weeks of stinging criticism as the EU’s vaccine campaign failed to gain momentum compared to Britain, Israel and the United States, the three main parties in the legislature stuck with von der Leyen’s approach of moving forward with all member states together.

The Socialists and Democrats party leader Iratxe Garcia said that, “Fiasco, catastrophe, disaster: they ring very true to our citizens,” but also said her party will stick with von der Leyen on the bloc moving together. “Criticism is necessary but with a constructive spirit.”

Von der Leyen’s assessment came as the bloc’s death toll passed a landmark of 500,000, a stunning statistic in less than a year that fundamentally challenges the bloc’s vaunted welfare standards and health-care capabilities.

It came as the bloc was fighting off the remnants of a second surge of COVID-19 that has kept communities from Portugal to Finland under all kinds of lockdown, curfews and restrictions as authorities race to vaccinate as many people as possible.

The last official weekly figures from the European Centre for Disease Prevention and Control are only expected on Thursday, but Johns Hopkins University produced a daily tally showing how the mark stood at 500,809 on Wednesday.

In comparison, the United States, with a population of 330 million, leads the world per nation with more than 468,000 deaths.

Von der Leyen stuck with her promise to have 70 per cent of the EU’s adult population vaccinated by the end of summer and blamed big pharmaceutical companies for not keeping vaccine production up with scientific advances.

“Indeed, industry has to match the groundbreaking pace of science,” von der Leyen said. “We fully understand that difficulties will arise in the mass production of vaccines. But Europe has invested billions of euros in capacities in advance, and we urged the member states to plan the vaccine rollout. So now we all need predictability.” 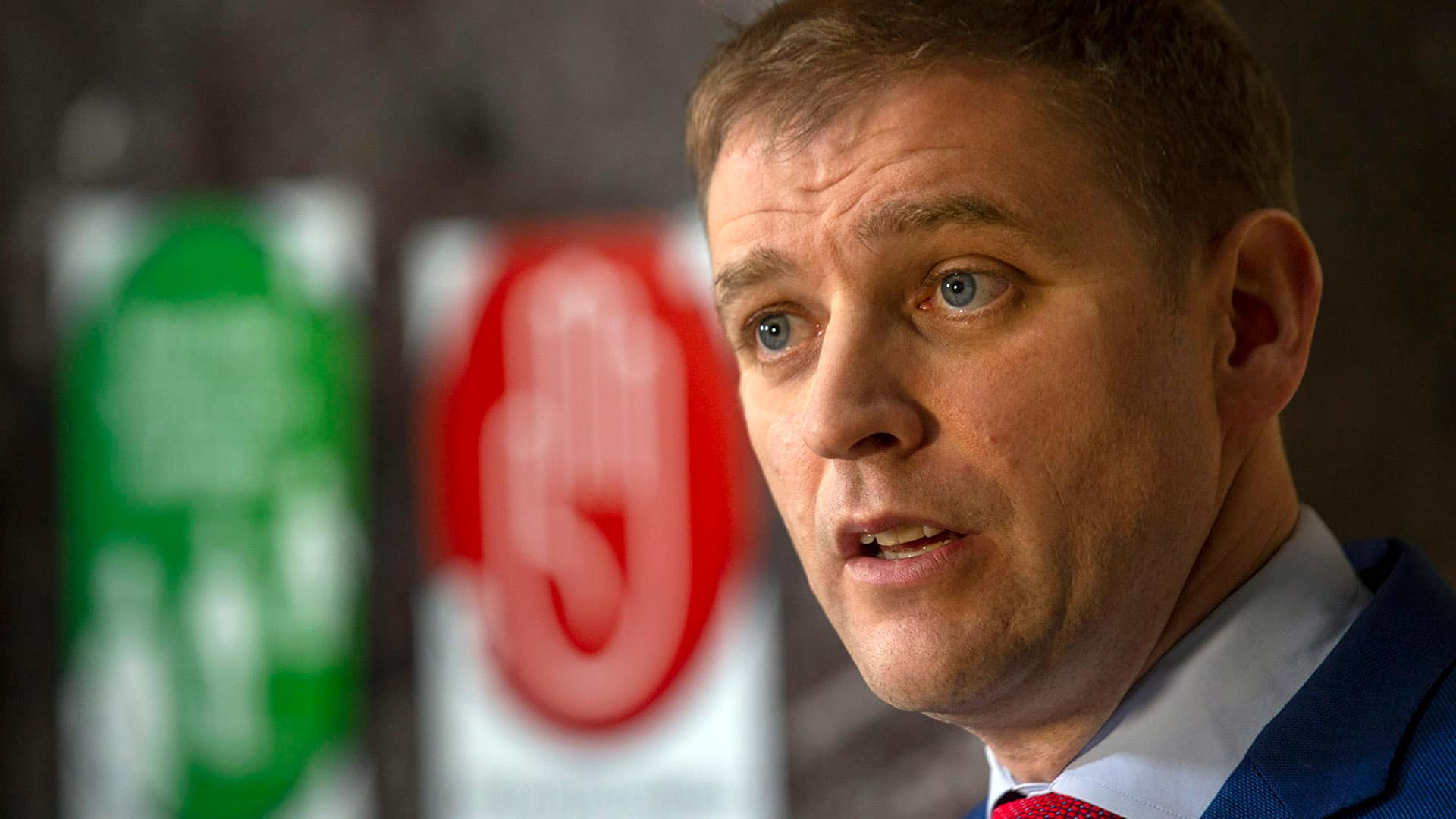 A significant spike in COVID-19 cases in Newfoundland and Labrador has led to additional restrictions in some areas and is raising concerns about what it means for the upcoming provincial election. 1:54

Ontario reported 1,072 new cases of COVID-19 and 41 additional deaths on Wednesday, bringing the provincial death toll to 6,596. Hospitalizations stood at 948, with 313 COVID-19 patients in the province’s intensive care units, according to a provincial dashboard.

In Quebec, health officials reported 989 new cases of COVID-19 and 34 additional deaths on Wednesday, bringing the provincial death toll to 10,112. Hospitalizations stood at 918, with 148 COVID-19 patients listed as being in the province’s intensive care units.

In Newfoundland and Labrador, health officials reported 30 new COVID-19 cases on Tuesday, the province’s second-highest single-day total in the pandemic to date.

“We can now say with certainty that we have community transmission in the metro region, and we will inevitably see more cases in the coming days,” Dr. Janice Fitzgerald said Tuesday.

The government moved to implement a “circuit-breaker” shutdown for businesses like bars, cinemas and fitness studios in the St. John’s region to deal with the sudden outbreak.

The province, which as of Tuesday had 57 active cases, is in the midst of an election campaign, with voters set to choose a new provincial government on Saturday.

Across the rest of Atlantic Canada, New Brunswick reported 15 new COVID-19 cases on Tuesday, while health officials in both Prince Edward Island and Nova Scotia reported just one case.

In the Prairie provinces, Manitoba reported 75 new cases of COVID-19 on Tuesday and three additional deaths. Saskatchewan, which reported 80 additional cases and five deaths, said it will use age to determine who in the general public will be first in line to be vaccinated against COVID-19 once more supply becomes available.

Alberta reported 195 new cases of COVID-19 and 12 additional deaths on Tuesday. Meanwhile, in British Columbia, health officials said progress is being made in pushing back the spread of the virus as it announced 435 new cases and four additional deaths.

There were no new cases of COVID-19 reported in Yukon, the Northwest Territories or Nunavut on Tuesday. 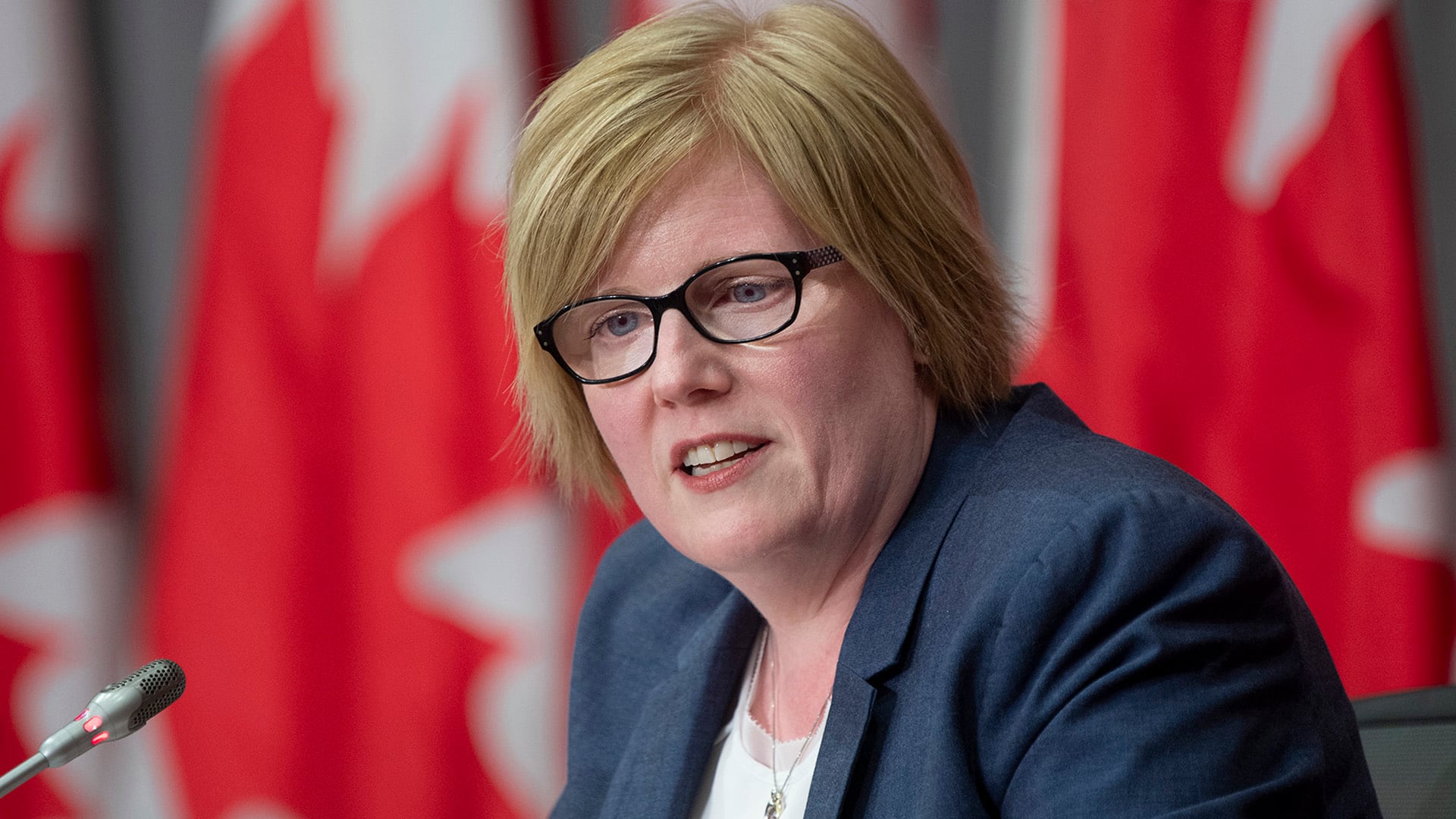 Hundreds of thousands of self-employed Canadians will not have to give back the Canada emergency response benefit they received because of the confusion over income eligibility criteria. Some say the income threshold wasn’t clear and others say they received incorrect information from the CRA. 1:58

Here’s a look at what’s happening across the country:

What’s happening around the world

As of early Wednesday morning, more than 106.9 million cases of COVID-19 had been reported worldwide, with 59.8 million of the cases listed by Johns Hopkins University considered recovered or resolved. The global death toll stood at more than 2.3 million.

BioNTech said it has started manufacturing its COVID-19 vaccine at a new site in Germany, an important step toward increasing global supplies of one of the main vaccines against the coronavirus. The German company that partnered with Pfizer to produce the first vaccine approved for use in Europe and the U.S., said Wednesday that it has started the manufacturing process in Marburg by producing mRNA, the active pharmaceutical ingredient of the product.

The company said that quality tests will be performed internally and externally before the vaccine is released, and the new facility’s production processes will need approval from the European Medicines Agency so that the vaccine can be shipped. The first vaccines manufactured in Marburg, which is in central Germany, are scheduled for distribution in early April.

The site, which BioNTech purchased from Switzerland’s Novartis, will be able to produce up to 750 million doses of the COVID-19 vaccine per year once fully operational.

LISTEN | 2 doctors, including one working in South Africa, talk about the emerging concerns around vaccines and variants:

The Current21:46Vaccine concerns in South Africa

In Africa, South Africa’s health minister said the country will begin administering the unapproved Johnson & Johnson vaccine to its front-line health workers next week. The workers will be monitored to see what protection the J&J shot provides from COVID-19, particularly against the variant dominant in the country.

Health Minister Zweli Mkhize said Wednesday that South Africa scrapped its plans to use the Oxford-AstraZeneca vaccine because it “does not prevent mild to moderate disease” of the variant dominant in South Africa.

Mkhize asserted that the J&J vaccine, which is still being tested internationally, is safe. He said those shots will be followed by a campaign to vaccinate an estimated 40 million people in South Africa by the end of the year. The minister said the country will be using the Pfizer vaccine and others, possibly including the Russian Sputnik V, Chinese Sinopharm and Moderna vaccines.

Ghana’s parliament has been suspended for at least three weeks following a surge in coronavirus cases among parliament members and staff.

Speaker Alban Bagbin announced the suspension late Tuesday, saying that at least 17 members of parliament and 151 staffers have tested positive for the virus. He has urged lawmakers and other parliament staffers to get tested.

Meetings, however, will continue of the parliament appointments committee to nominate ministry posts for the administration of President Nana Akufo-Addo, who was re-elected in December.

Ghana’s Health Services confirmed that there have been 73,003 cases and 482 deaths in the West African nation since the outbreak began last year.

In the Americas, the White House is announcing three new mass vaccination sites in Texas, capable of delivering 10,000 shots per day among them. The federally supported sites at stadiums in Dallas, Arlington and Houston will pair federal troops with local health officials to expand COVID-19 vaccinations in Texas.

White House coronavirus co-ordinator Jeff Zients announced the new facilities on Wednesday, saying they will be operational on Feb. 22.

Zients said the Biden administration has plans to open similar sites in more states in the coming weeks.

The Chicago Teachers Union has approved a deal with the nation’s third-largest school district to get students back to class during the coronavirus pandemic, union officials announced early Wednesday.

The vote by the union’s roughly 25,000 members ends the possibility of an immediate teacher lockout or strike. The agreement follows months of negotiations — which had intensified in recent weeks — with plans that included more teacher vaccinations and metrics to allow school closures when COVID-19 infections spike.

In the Asia-Pacific region, South Korea said it would grant its first approval for a coronavirus vaccine to AstraZeneca, and will allow its use in people 65 years or older.

Cambodia launched its coronavirus inoculation drive on Wednesday, using 600,000 vaccine doses donated by China, with the sons of long-serving Prime Minister Hun Sen and government ministers among the first recipients.

New Zealand will first administer COVID-19 vaccines to quarantine personnel, front-line health workers and airline staff, as the government formally approved its use on Wednesday.

In Europe, Portugal said COVID-19 hospitalizations, deaths and cases are continuing their downward trend after a January surge.

The Health Ministry said the number of pandemic patients in hospital fell below 6,000 for the first time since Jan. 23. The 161 deaths in the previous 24 hours were the fewest since Jan. 17. The nearly 4,400 new infections were fewer than half the number a week ago. The country went into lockdown on Jan. 15 and schools closed a week later.

Greek Prime Minister Kyriakos Mitsotakis on Tuesday announced a full lockdown in the capital Athens and the surrounding region to curb a resurgence in coronavirus cases and ease pressure on badly stretched health services.

Spain on Tuesday passed three million coronavirus cases since the start of the pandemic and extended controls along its 1,200-km border with Portugal until March 1.

In the Middle East, Iran launched a coronavirus inoculation campaign this week among health-care professionals with recently delivered Russian Sputnik V vaccines as the country struggles to stem the worst outbreak of the pandemic in the Middle East. The death toll in Iran is nearing 59,000.

-From The Associated Press and Reuters, last updated at 11:25 a.m. ET

A deep dive into the pros and cons of hyperloop technology

How Are States Spending Their COVID Education Relief Funds?

Coronavirus: What’s happening in Canada and around the world Wednesday

New book links America’s ills to ‘a failure of education’