These days, celeriac is sold year-round. You can begin harvesting these in the summer, but this root vegetable sells especially well in the winter. “The colder the weather, the better for celeriac. When it comes to consumption, it remains a true winter vegetable,” says Paul Heemels of Heemels Agro. 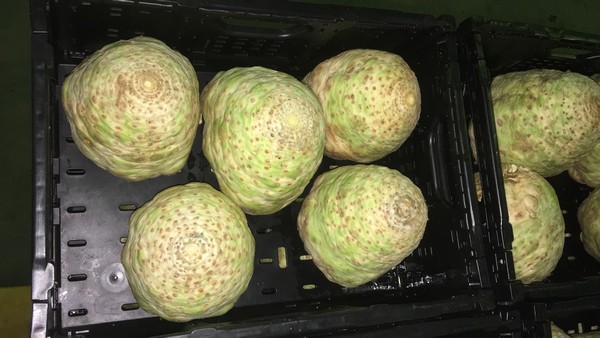 Bigger sizes for the Dutch market

This Dutch company doesn’t only grow celeriac. They have a large acreage of green beans too. “A total of about 300 hectares of rented land and contract farming for both products.” The company is based in the Netherlands, However, most of its green beans and celeriac are grown just over the border, in North Rhine-Westphalia, Germany.

“About 80% percent of our cultivated area is in Germany. How did that happen, you ask. Thirty years ago, we started leasing plots of land across the border. In recent years that’s worked out well because Germans far prefer local produce. Our German-grown green beans and celeriac meet those demands. That gives us an advantage in that market,” explains Paul.

Increasing sales
Celeriac sales weren’t great in the first weeks of 2021. “They went reasonably well, but price lagged a little. That’s probably due to an oversupply. The mild weather didn’t help either. Still, Paul is optimistic when it comes to celeriac consumption. “I think more and more people have come to appreciate celeriac in recent years.”

That’s mainly because of cooking shows which regularly feature this vegetable. People quickly discover you can use celeriac for more than just soup. You can, for instance, mash them with potatoes too. It also fits perfectly into the low-carb diet that’s all the rage these days. But perhaps most importantly, celeriac is delicious. 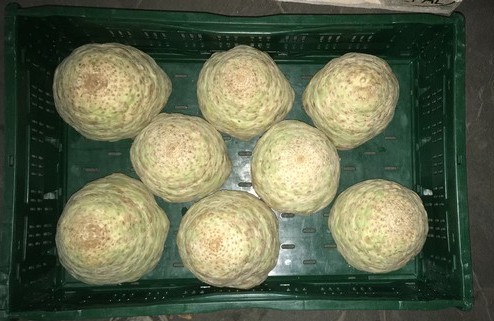 Celeriac for the German market

Differs per country
Paul continues to see differences in celeriac consumption per country. “Per capita, people in Germany and further east in Poland eat more celeriac than in the Netherlands. This could, in part, be because, in many of those households, larger meals are still popular. Celeriac sizes also differ per destination,” adds Heemels.

“The smaller sizes are mainly intended for the German market. The Dutch market takes the larger sizes, and Belgians prefer the largest sizes. We wash, clean (in the case of celeriac), and pack our clients’ celeriac and green beans ourselves. We can even package the green beans in small packages.” 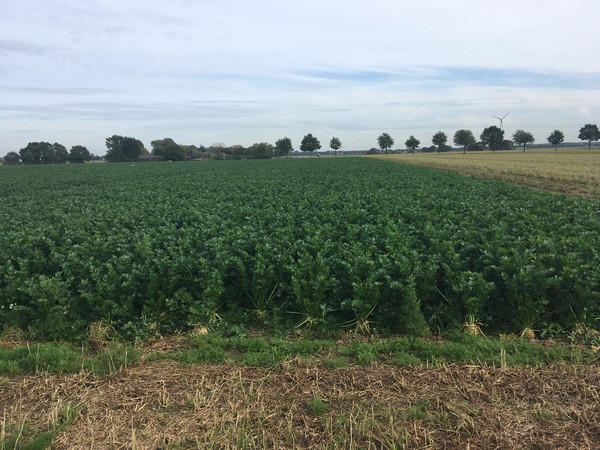 300 hectares in total, most of which is located in Germany

Green beans
Last year, the weather affected celeriac farming. “The summer’s dry weather had an especially significant effect. If it doesn’t rain, they don’t grow; so we had to irrigate. It wasn’t easy. The green beans, which we always harvest fresh to order, also suffered during the summer months. We could start harvesting earlier, but we had less yield. Nevertheless, prices and sales were good. There was so much demand that we had to start harvesting younger and younger beans,” says Paul.

“At one point, this was no longer possible. So, in the summer, there was a two-week gap in the green bean market. We had to wait until the shoots had grown sufficiently to harvest. That was the case throughout the sector, and that affected prices. The increased demand for green beans from the industry was also unusual. Again, this had a lot to do with the dry weather. But, the ban of certain pesticides in green bean farming played a role as well.”

“This combination resulted in many failed crops. So too, in the Dutch area where we have farms. Here, the dry weather is particularly problematic. We sent a lot of our green beans not only to the fresh market in German and Dutch fresh markets. We sold many to the Dutch processing sector too. Some go to Italy every year as well. There’s a gap in the market there around August,” Paul concludes.

Missouri bill to ban some trans students from girl’s sports

DONNIE JOHNSTON: In a perfect world, we’d all be game-show winners | Local News

Tse Chi Lop, one of the world’s biggest drug dealers, arrested in Amsterdam