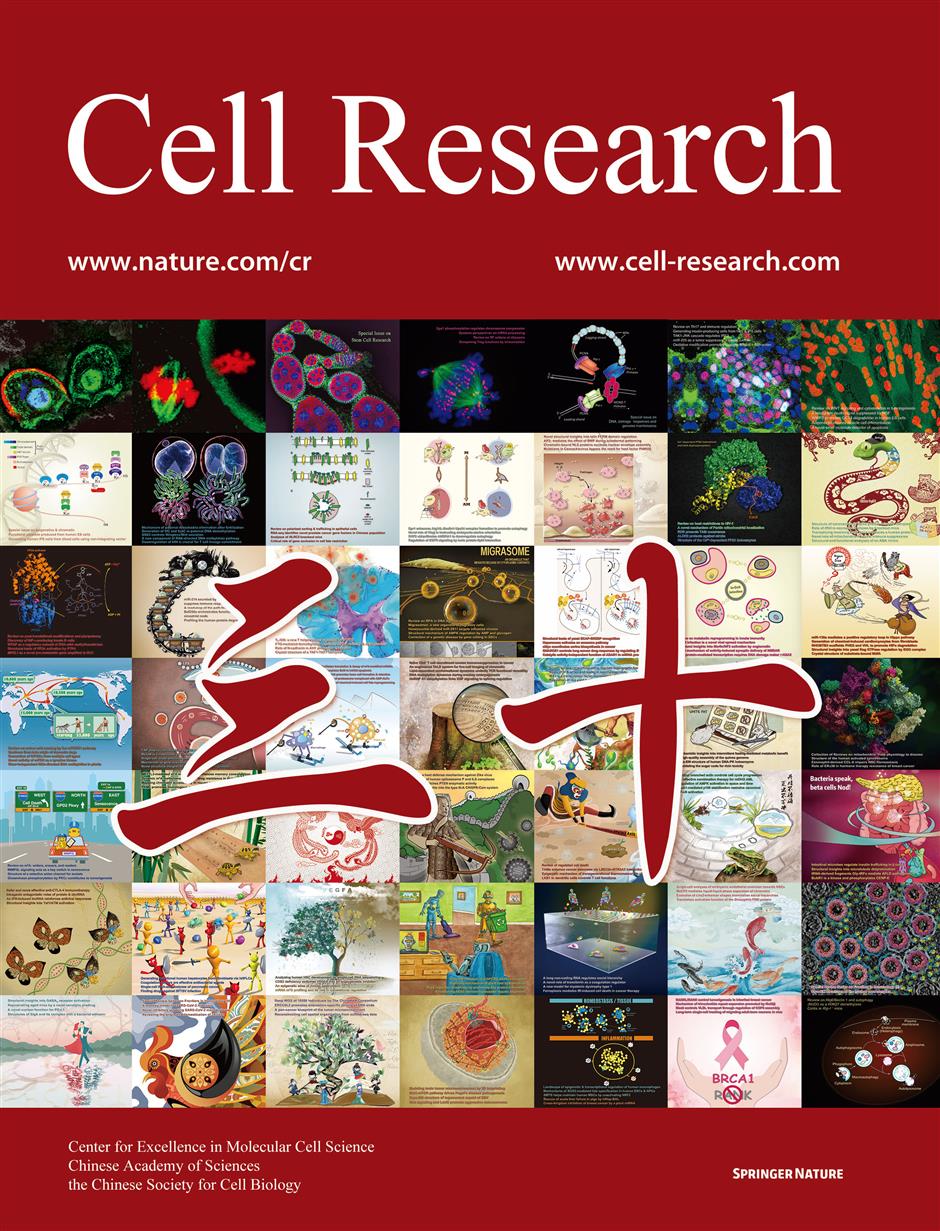 Biologist Zhang Chenyu managed to take time off his busy schedule to come to Shanghai last month to celebrate the 30th anniversary of Cell Research, an English-language science monthly.

Zhang, dean of the School of Life Sciences at Nanjing University, said he didn’t want to miss such an important milestone, given his years-long, close association with the Shanghai-based journal.

The journal’s guiding philosophy is “scientists and science first.” Indeed, many scientists and certainly the advancement of science have benefited from its publication.

In 2008, Zhang’s research team detected the stable presence of microRNA, non-coding genetic molecules, in serum and plasma samples. The discovery turned the scientific community on its head because it debunked the widely held theory that microRNA exists only in cells.

What’s more, the team found that microRNA in serum can serve as a new class of biomarkers for detection and diagnosis of cancers and other diseases.

The findings opened a whole new research field, but they were largely ignored by leading scientific journals in the West.

The journal Cell Research came to the rescue. After peer review of the breakthrough, it published a paper on Zhang’s findings.

As expected, that attracted the attention of global scientists. So far, several labs have successfully repeated Zhang’s experiments, and many others are following his footsteps into research on extracellular microRNA.

In 2014, he discovered a new organelle, or specialized cell subunit. His paper on the finding was declined by global scientific journals, but Cell Research recognized its importance and published his paper.

Over the years, the journal has been a sometimes audacious, visionary scout of emerging scientific research. In the process, it has won increased international prestige, for both itself and the scientists whose work it highlights.

Zhang’s paper was a turning point. To date, it remains the journal’s most-cited paper.

Li Dangsheng, the journal’s deputy editor-in-chief, recalls that biologist Chen Zhengjun was among the first who helped put the journal on the map.

In 2007, Chen decided to publish his groundbreaking discovery of DNA damage repair in Cell Research. It was the first time the publication drew any international attention.

“It was worthy of publication in a leading journal,” Li said. “Chen decided to publish with us because he trusted a domestic science journal. We couldn’t let him down.”

“It’s an impartial platform,” he said, “Particularly when overseas journals close their doors to us. Cell Research retains an open mind.”

Yang Yungui, a researcher at the Beijing Institute of Genomics of the Chinese Academy of Sciences, said two of his five most influential papers were published in Cell Research. He was elected as a foreign member of the Academia Europaea in 2020. The organization, founded in 1988, is a pan-European academy dedicated to scholarly research in all fields.

One measure of the stature of Cell Research is the number of foreign scientific papers it publishes. In fact, nearly half of all its papers are contributed by overseas scientists.

“Active involvement of scientists from across the world supports the journal’s development,” said Zhang Xu, vice chairman of the Chinese Society for Cell Biology.

According to Magdalena Skipper, chief editor for the UK-based journal Nature, said high editorial standards are maintained and scientific authors remain at the very center of the journal’s work.

“It’s of paramount importance,” she said.

The journal’s success also is a credit to its staff, which has recruited editors drawn most of its ranks from postdoctoral researchers with overseas educational backgrounds and foreign academics.

“I remember when the journal was first founded, I visited the office, which was just a shabbily furnished room,” said Zhang Xu. “I saw a reputable academician sitting amid a mountain of articles. It stuck in my memory. A great editorial team is necessary for a journal’s success.”

According to deputy editor-in-chief Li, editors from the journal aren’t just desk sitters. They visit scientific labs and institutes, and attend important conferences.

“At almost every science conference, I see editors from Cell Journal scouting around for new material,” Zhang said.

Li explained, “Only by getting close to scientists do we have the chance to discover the latest scientific results and promising science talent. Our presence also increases our academic prestige and influence on the global academic stage.”

Three decades ago, China’s life sciences realm was still in its infancy and publication in overseas journals was a distant dream.

Yao Zhen, then deputy director of the former Shanghai Institute of Cell Biology of Academia Sinica, founded Cell Research in 1990. Back then, it was a pioneering undertaking.

“We’ve been through very hard times,” said Li Yiping, who worked with Yao. “At first, it was even difficult to publish the magazine quarterly, but we were motivated by the belief that we had to make our voices heard and be treated on an equal footing with overseas peers. That helped us through the dark times of startup.”

The turning point came in 2006, a milestone in the journal’s history.

That year, Li Dangsheng, then associate editor of the US-based journal Cell, took over as deputy editor-in-chief of Cell Research. And in the same year, the journal began a collaboration with UK-based Nature Publishing Group, whose flagship scientific journal Nature is widely revered around the world.

Cell Research has seen impressive growth on the number of citations to it in foreign journals, and on increasing readership numbers. It wants to expand that reach.

“After all, science is a global endeavor,” Skipper said.

The 2020 edition of Journal Citation Reports, an annual publication by Clarivate Analytics, covers 12,171 journals from 83 countries ad regions. It ranked Cell Research 78th on its list of important publications and top among domestic scientific journals. 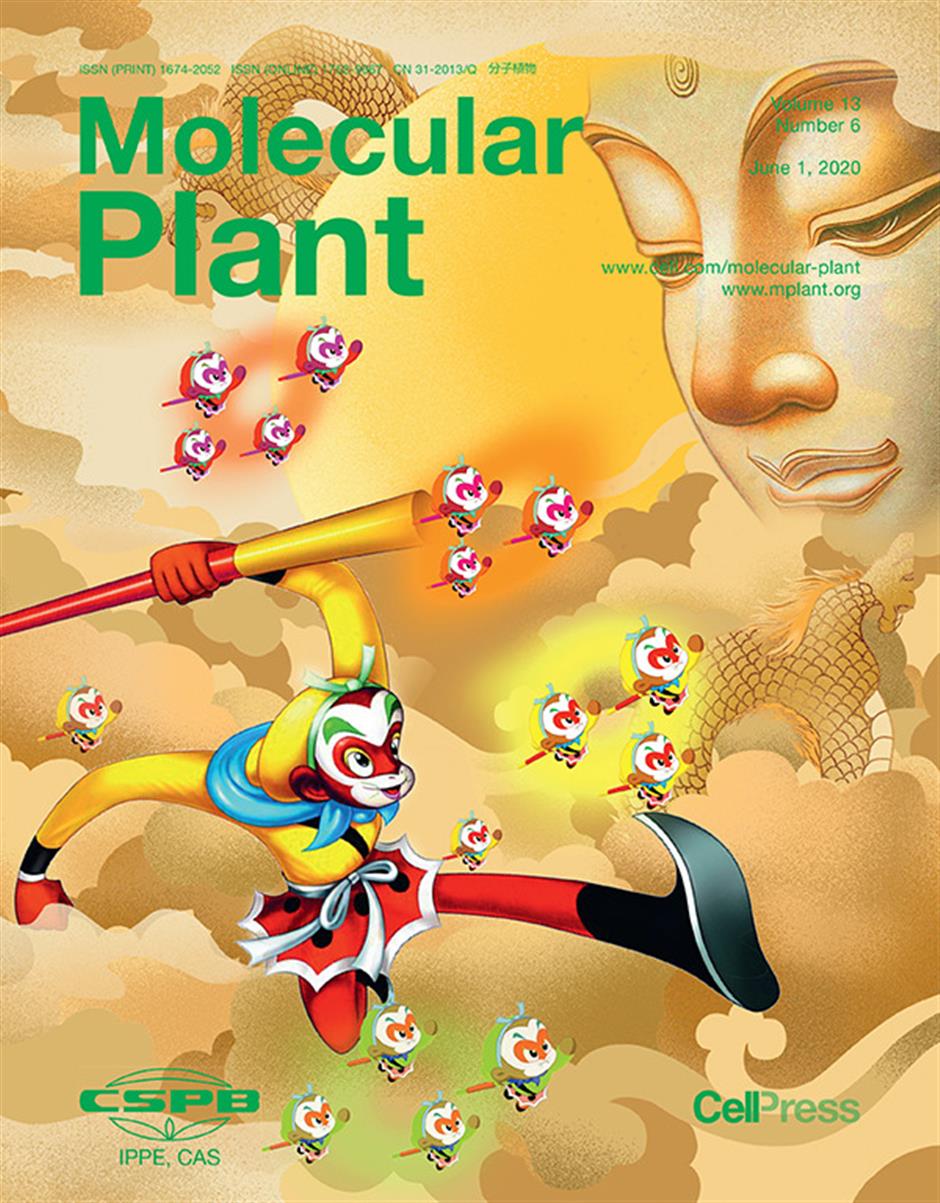 Beyond Cell Research, nine Chinese scientific journals have risen to high prominence on the world. One of them, Molecular Plant ranks second in the world in its field in terms of global impact.

One reason for its success are the international links it has forged, according to Deputy Editor-in-Chief Cui Xiaofeng.

Molecular Plant was founded in 2008 by the Center of Excellence in Molecular Plant Sciences under the Chinese Academy of Sciences and the Chinese Society of Plant Biology, in cooperation with Oxford University Press. In 2015, it turned to cooperate with Cell Press as to get more accessible to its global audience and promotional channels.

Comparing it to “boarding a ship to sail overseas,” Cui said the time had come for domestic science journals to enter the world stage.

“If you have a product and want customers, what do you do?” he said. “You put the product in a shopping mall to promote it. At present, we don’t have such a ‘shopping mall’ in China. We have to first make our product competitive.”

“We are based on China, and that’s our biggest advantage,” Cui said. “Therefore, we have to focus on our own scientific results and promote them to the world. For example, China leads the world in rice research because many countries don’t eat as much rice as us and don’t care about its research. That gives us the chance to introduce rice research to the world.”

Li said Cell Research’s vision is “from China, for the world.”

“We are now achieving equal footing with global sister journals like Nature, Science and Cell,” he said. “Nature is in London, Science is in Washington and Cell is in Boston. We want to put Shanghai fourth on that map.”

Li said he hopes to expand Cell Research to an international publishing platform, a project that is already underway.

“Many top journals have evolved into brands with all-round development,” Cui said. “Besides content, they sponsor meetings, online classes and evaluation indexes. We have just launched a new journal called Plant Communications as a sister to Molecular Plant.”

Jiang Xiaoyuan, dean of the School of History and Culture of Science at Shanghai Jiao Tong University, suggests that Chinese create a nationwide system to evaluate scientific journals.

“We need a platform that serves our own national interests and helps these journals find their place in a competitive world,” he said.

In September 2020, President Xi Jinping declared that China must create top-flight academic journals and platforms. It was the first time that China’s leader highlighted those subjects in a speech.

By 2035, China aims to become a global leader in scientific publications, according to a document issued last year.

Science Is Redefining Motherhood. If Only Society Would Let It