Police stand ready for possible protests in downtown Raleigh, but all quiet so far :: WRAL.com

Raleigh, N.C. — Several hundred officers from numerous law enforcement agencies were guarding buildings and patrolling streets in downtown Raleigh on Sunday in anticipation of armed marches, but all was quiet.

Only a handful of people showed up and protested peacefully.

“It’s better to be prepared than not,” said Wake County Sheriff Gerald Baker.

As a precaution, dozens of officers surrounded downtown buildings, including the North Carolina State Capitol and the Wake County Justice Center, as early as 11 a.m. on Sunday. Officers in PERT (Prison Emergency Response Team) vests and uniforms were stationed downtown to help in the response along with a “BearCat” armored vehicle designed for military to use in armed standoff situations.

“We believed today was going to kind of give us an idea of what to expect for the rest of the week, and if that is the case, then I think we are all going to be okay, thank God,” said Baker. 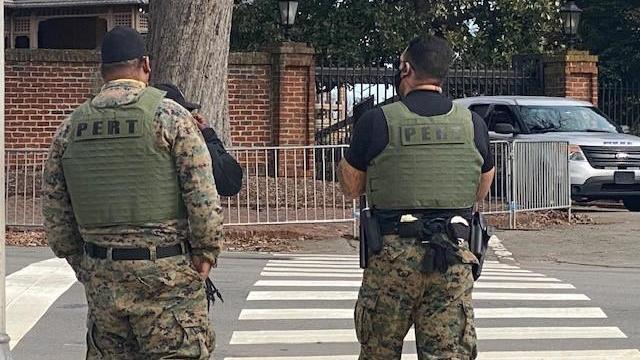 Although an armed protest isn’t confirmed in Raleigh, fliers distributed on social media sites suggest there could be violent activity on Sunday or Wednesday leading up to President-elect Joe Biden’s inauguration.

“I haven’t seen security like this ever at any state Capitol, but I guess it’s to be expected with all the stuff that’s going on across the country right now,” said Paul Sisneros, a downtown Raleigh visitor. 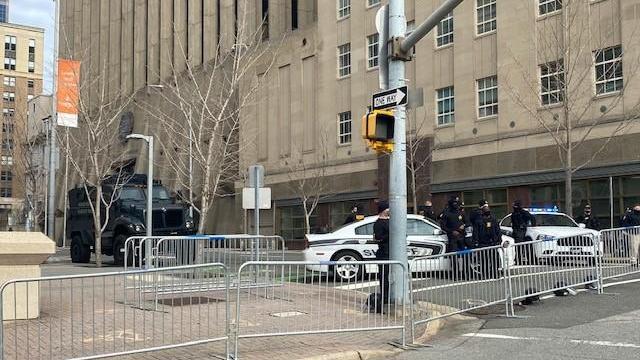 Following a riot last week at the U.S. Capitol, the FBI warned of armed protests at all 50 state capitals and in Washington, D.C., in the days ahead.

“You have to bring enough manpower to be able to counter that, keep it under control, make arrests if that becomes necessary and keep the peace,” said Baker.

State museums, government offices and other buildings said they would close in the days leading up to Wednesday, and some downtown Raleigh businesses boarded up their storefronts.

Gov. Roy Cooper mobilized hundreds of members of the North Carolina National Guards to provide security in both Raleigh and the nation’s capital.

About 350 guardsmen will serve in support of local law enforcement in North Carolina, and hundreds more will be sent to Washington, D.C.

“Ongoing security concerns in Washington, D.C., and state capitals around the nation following last week’s attack on the U.S. Capitol must be taken seriously, and I will deploy necessary resources to keep North Carolinians safe,” Cooper said.